Venkaiah Naidu, Minister of Housing and Urban Poverty Alleviation and Information and Broadcasting, had said that “Prime Minister Narendra Modi doesn’t sleep much and he doesn’t allow even his ministers to sleep either”. The trivia of business standards put together from diverse sources on the daily schedule of Prime Minister. 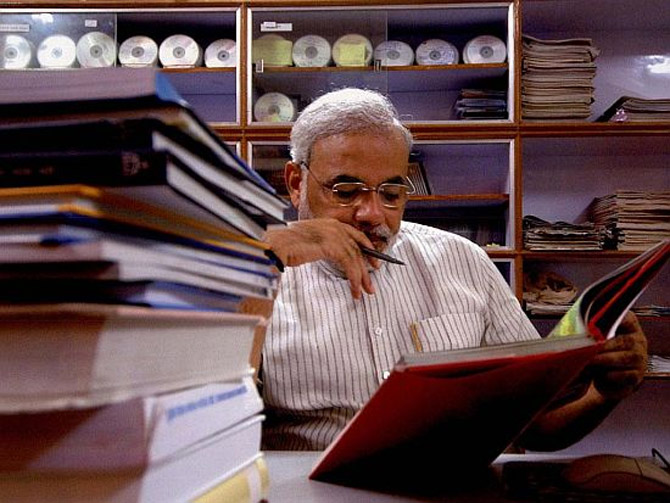 To get the updates of trending issues in the country Prime Minister Modi mostly surfs from one channel to another during his dinner time.

Apart from news clippings which are provided by the government, the PM starts off his day with a quick scan of newspapers too every morning. As being a chief minister previously, Narendra Modi used to focus on the Gujarati newspapers, but as of now being a Prime Minister of the nation he mostly prefers English Dailies.

Being passionate on subjects like History and Political Science, the PM still takes out time for learning more about it, thus he still orders books on the same.

In spite he starts the day at 4 in the morning and that stretches till midnight, the PM Modi doesn’t get much time for serious reading while being in the country, so he prefers to catch up on reading while flying. He has a schedule of total 31 days of travel in first 180 days as being a Prime Minister.

According to the author Sudesh Verma who wrote a book on Modi, while being a chief minister, he used to walk around the residential lounge in Gandhinagar as a part of his morning ritual. Before getting busy with the files and meetings, he prefers walking at the Race Course Road. however, the things which keep him going are his routine of Surya Namaskar, Meditation, and Yoga. 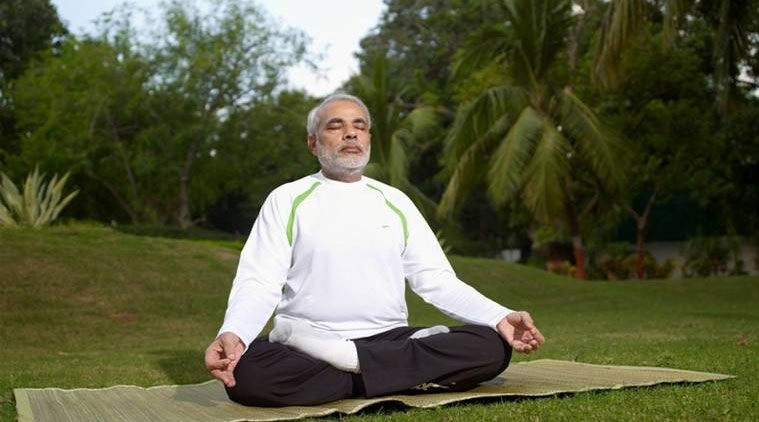 Mr. Narendra Modi is very fond of food, he likes to intake snacks in-between meals, though he doesn’t eat that much but he prefers Gujarati and South Indian cuisine which includes Kadhi, Khichdi, Upma, and Khakhra. He prefers to eat the food which is cooked by his own cook Badri Meena.

Prime Minister Modi also have a soft corner for animals. Sources say that he had a picture of playing and feeding pet dog in his room during the time when he was a chief minister. H spends a bit of his morning time with peacocks, pigeons, ducks and dogs. This shows how close he is to the animals. 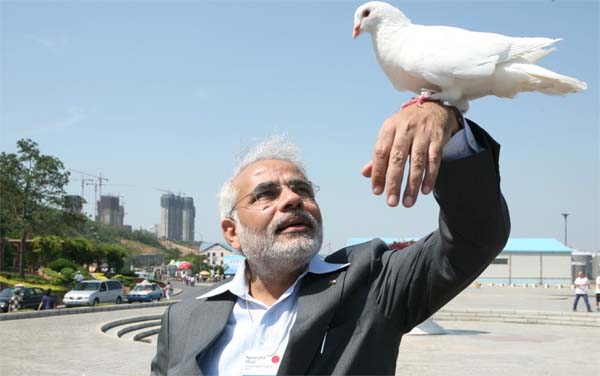 Every Prime Minister works for the same time but some of them might spend more time at the home office. For example, Atal Bihari Vajpayee didn’t use to visit the South Block Office every day and sometimes he even preferred to work from out of his home office. But Mr. Modi is being punctual about his routine, he reaches his office every day by sharp 9 am. Most of his off days or late hours meetings are pushed over to Race Course Road residence. He also attains some of the visitors at his home too.

Prime Minister Modi is known for his basic lifestyle, though his fondness for clothes and the waistcoats range he wears and the branded pens. The residence when he was a CM was very simple as it has only a few pieces of furniture, a computer, TV, wardrobe. Even his home at RCR doesn’t have the five-star features. 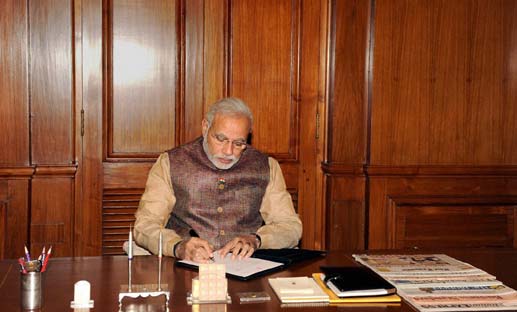 He mostly eats his dinner in front of the TV at his home, while his lunch has to be scheduled accordingly to his meeting. A Gujarat-based cadre IAS officer had said that most of the meeting of Prime Minister Modi are usually brief and ranging from 10 to 15 minutes, and also he is a good listener and doesn’t mind added more time if the person is adding value.

READ MORE  Online Classrooms Vs. Physical Classrooms - Which is Better for a Digital Marketing Course?

We know that you all might be thinking that how can one person take up so many activities in a single day, and he is also pretty following everything. The Prime Minister Narendra Modi has said that he sleeps for maximum 3-4 hours, while the doctors suggest him to take a sleep of at least 5 hours. We wonder what would be the secret behind such a short and energetic sleep? Maybe Mr. Modi sleeps on the Centuary Mattresses which is the one and only India Ka Sleep Specialist!