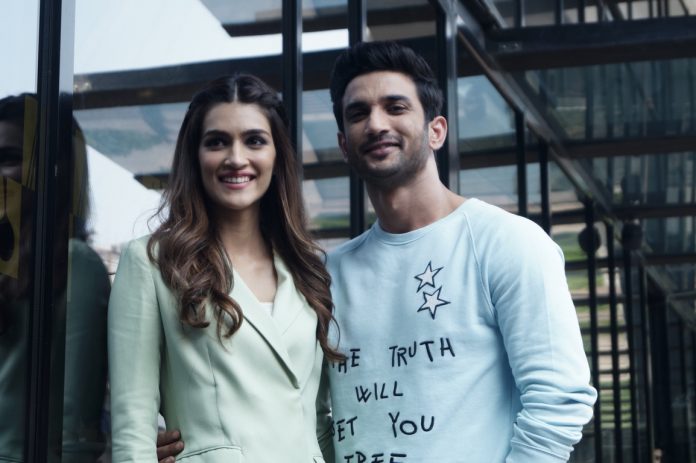 Sushant Singh Rajput’s nickname was Guddu (1986-2020). By profession, he was an actor. He started his career in his debut film Kai Po Che in 2013 as Ishan Bhatt. He was born on 21st January 1986 in Purnea, Bihar. He has done his schooling from St. Karen’s High School Patna. While Sushant was completing his graduation, he developed an interest in dancing after watching Shiamak Davar‘s dance show. Initially, his family was against his decision, but he refused to obey them and joined Shiamak Davar’s dance group.

Shiamak was very impressed with his dedication and talent and gave him a chance to perform in the 2006 Commonwealth Games and Filmfare Awards.

He was the first actor from Bollywood who owned a piece of land on the moon. Basic minds do not even think about it. He saw life from a very different perspective from the rest of us. He loved reading books, absorbed the knowledge & this made him think and act uniquely. His dreams were selfless and inspiring. His loss has affected all because he was a gem. His IQ was unmatchable and he belonged to the group of genius minds in the world. Words aren’t enough to write about him. He got the amount of dedication because he had deserved. Once he interviewed and said that every six months he listed his dream and tried to complete it.

He had penned a list of ”50 dreams” and posted a snap of handwritten notes in a series of tweets last September, which are going viral. Only some of his dreams got completed. So here it is enlisted 10 best or google dreams of Sushant Singh.

It was one of the biggest dreams of him to fly an airplane. Once he posted on his Instagram that he also bought an expensive Boeing 737 Fixed Base flight simulator that was used for training pilots. He revealed that getting a flying license to own his personal plane was his first step behind his dream.

He was very much fond of the things related to space and most of the time he spent his time in the research of space. Mostly he used to post images and knowledge related to space on his Instagram. It was his dream to help children to know about space. He had bought an expensive telescope to see the whole outer part of the Saturn planet.

Earlier when cell phones were not invented then that time people used to communicate with people by dint of Morse code. This system is developed by Samuel F.B. Morse in the 1830s and still, it is very much alive. Morse code consisted of two codes only: dots and dashes, by combining these two elements in different combinations, various letters and numbers form. This was an interesting dream of Shushant Singh which melts the heart.

#5 Travel through Europe by train

Sushant Singh Rajput bucket of 50 lists his one wish was to travel through Europe by train. Yes, it sounds a little odd but as we know that he was an adventure lover and this is the reason he wanted to see the world in a different way. We can see his travel love through his Dubai tour where he did great adventure. His travel list was quite long.

Shushant Singh was very much interested in astrophysics, space, and physics. He wanted to do this experiment which is a part of modern physics. In this very experiment, it uncovers that light and matter show properties of both waves and particles. Initially, it was thought that when light travels it shows the properties of either particles or waves. During his studies, he has cleared more than 11 engineering exams and has also won National Olympiad in Physics.

It was one of his biggest dreams to send 100 students to ISRO(Indian Space and Research Organisation) or NASA(National Aeronautics and Space Administration) for workshops. These all dreams show his love for space. He was a multi-talented actor who wanted to learn every phenomenon which happens in the world. He was the first Bollywood actor to buy land on the moon.

#8 Spend a week in jungle

This was really an adventure and a mind-blowing dream which made him unique from others. Spending a day in a forest is normal but for a week is quite dangerous.

Cymatics is the study of visible sound vibration. It shows the transformational nature of sound and matter. In this experiment, it concludes that everything that we perceive as hard objects including our bodies are actually continuously vibrating at their own rates. This was really an interesting experiment that he wanted to perform.

Once he headed to New York for an event to prepare his new movie ‘Chanda Mama Door Ke’. He had tweeted a photo of him from NASA by adding a caption regarding his mother that she always wanted to see ‘Sushant in Space’.