It is well known fact that Pawan Kalyan acted as a catalyst in 2014 general elections to get Telugu Desam party back to power. He is successful in getting the votes of his fans and especially one caste of northern Andhra Pradesh. He was even praised by Modi for his ethics and even Pawan Kalyan likes modi more as a person. It must be a big wonder to many people for him not showing up at the capital stone laying ceremony which is set to be as one of the grandest event in the history of newly formed Andhra Pradesh. However he said he was busy in shooting of his new commitments but sources close to Pawan kalyan has a different explanation for his absence. 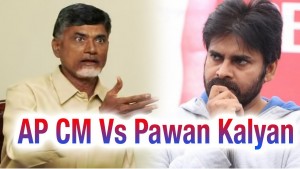 No personal invitation from Naidu

It was during the preparations of general elections in 2014 and Naidu has went to Pawan Kalyan house asking to extend his support for TDP. That was different story later on where TDP has won the elections and Naidu has sworn as first Chief Minister of Andhra Pradesh. However, seems like Pawan is bit upset as he was not personally invited by Naidu. Naidu has taken time to invite Ramoji Rao (Eenadu newspaper) personally but has sent Kamineni to invite Pawan Kalyan. Seems like this has not pleased Pawan.

Lacking rapport with some TDP leaders

Pawan is that kind of person who speaks whatever it comes to his heart. He has openly commented about the lag of work that TDP M.P’s are doing in Delhi. He also suggested them to work hard. It was Sujana Chowdary who responded back that no one has to tell them how to work. Here and then even the Finance minister of Andhra Pradesh takes the media to counterpart any of the comments Pawan does on the party. However any of their comments doesn’t go beyond limits and they still stick to their alliance. Pawan has also openly opposed the land pulling for the capital region. This has also added to the never ending list of reasons for his absence. 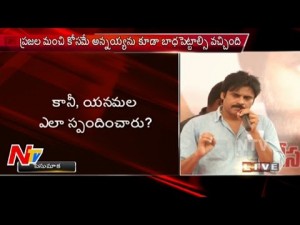 Patching up with brother

There is no Pawan without chiranjeevi. May be Pawan Kalyan might have earned his charisma but he was brought into industry with the brother tag of Chiranjeevi. We know that things were not really going well between chiranjeevi and Pawan Kalyan from the day Chiranjeevi has merged his party in Indian National Congress. Pawan Kalyan use to be away from all the functions and private events of Chiranjeevi from then. But from few days seems like Pawan is trying to patch up with his brother. As chiranjeevi is not attending the ceremony Pawan would have chose to just follow him so that it could be one of the pleasing factor. 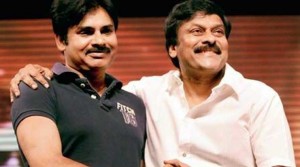 However we can’t just trade off the factor that Pawan is doing film shooting continuously to give his fans a feast. But still it could be a question by every other person is  “Was movie shooting so much important than the ceremony?” only he can answer.