North Korea possibly the only country which is less known to the world and also the citizens know less about the outside world. There are restrictions for everything in the country right from internet, electricity to water usage. The hair styles are also suggested by the Kim authorities. The height of buildings, the hours of work and what not everything is restricted and to be more precise they are scarce. Some amenities are only for the government officials. The normal citizen won’t even get basic hospital facilities at times. There are only 3 TV channels available and that too will air only Kim speeches. Almost all people in the country lead their life with a perception that the world is just like their country, deprived, unprivileged and terrible. The government lies to people in the country, the media lies to people and indeed the people will lie to themselves. The government and media always cooks up a story that America is ready to attack on North Korea. In their terms they believe there land should be termed as Korea but not North Korea because they believe that South Korea is something which is occupied by the American imperialists. People are prohibited entering their country and they don’t easily send people out of their country. Well, in such god forsaken land how would be the life of a common North Korean who goes for work. Depicting you the life of a person in the North Korean capital Pyongyang. 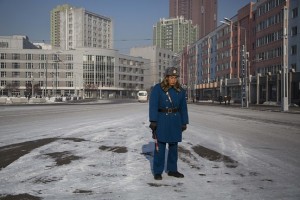 They wake up just to live another day. The low voltage electricity (Most of the times no electricity) will witness them that they are living in the same old country. The cold will be back chilling and the residents will start getting ready for work. Usually the daily routine of an average Korean starts with a 30 minutes daily routine exercise followed by a reading session getting instructions, daily announcements from the party papers and government. The people living in high rise buildings will suffer from severe water scarcity and the people living in highest floors have to commute early to office because the elevators won’t work mostly all the time and you have to rely on stairs. If you have an elderly person and staying in the higher floors it will be real nightmare to you. The breakfast of many Koreans involves traditional Korean breakfasts and little amount of fruits like apple and pears. 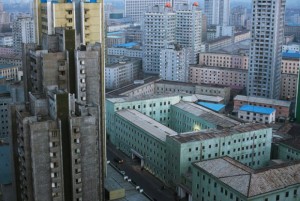 Work and schools starts. Mostly the men and women in the family goes to work, indeed the working women ratio is increasing to a large account in the country. The normal commutation ways are either bicycle or public transport because owning an automobile is a far long way dream to them. The offices and schools begin after the national anthem. The schools mostly have the Kim-1-Sung’s life as syllabus and they will cover his talks and speeches. The other basic things in the mathematics and science are also taught but to a very low extent. Remembering the Kim Sung’s speeches would fetch you more marks. All offices are equipped with almost no computers. The banking is not on internet. The type writers and very rarely Xerox machines will be seen in the offices which give the so called white collared jobs. Mostly many people involve in the hard labor for earing bread. The government decides where the graduates should work and the social rank is the main scale for getting the college admission. 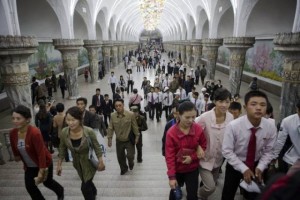 Lunch time for an hour. Mostly all the people will get their lunch boxes if the houses are near they will commute go and have the lunch. The work places offers canteen for cheap rates which includes the corn soup, corn cake and porridge. The roads won’t be busy during the lunch time like other countries as there is no question of eating outside of the office and adding to that there is a scarcity of food chains and restaurants. 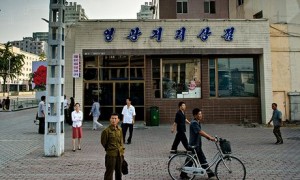 The work and school is done. At schools the kids might involve in some marches and speeches by the school heads. At work many workplaces held meeting to review the today’s work and also to anticipate the tomorrow’s work. There will be some spontaneous demonstrations in the work places which often needs attendance. Post the sessions employees will indulge in some recreational activities like group talking in which mostly the political and Kim-Sung discussions will be entertained. There aren’t any shopping malls and movie theatres in the capital city except some local markets where people from villages come and sell goods.

READ MORE  Longest surviving species, all the way from Prehistorics 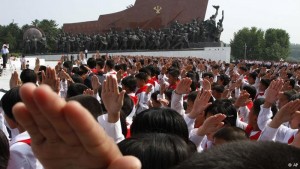 Mostly the people are home. North Korean climate is cold almost all the year. People reach home and remove their winter coats and adds layers of shirts and underwear to keep their body worm. The electricity in the city is mostly on quota basis and we can see kids running to other apartments when the electricity goes in their apartments. The dinner will be lite food for the people and mostly liquid. The apartments will be so draughty demanding the windows to be closed. The apartments are heated with hot water and some afford coal briquettes. People watch TV which airs only 3 channels and that too some news against America. Women mostly involve in sewing work

Mostly city is in bed. There won’t be any late night clubs and entertainment venues for late night parties which means that Pyongyang is a doomed city at nights.

Ever witnessed more drastic things than this in any city?? Comment below your opinions.