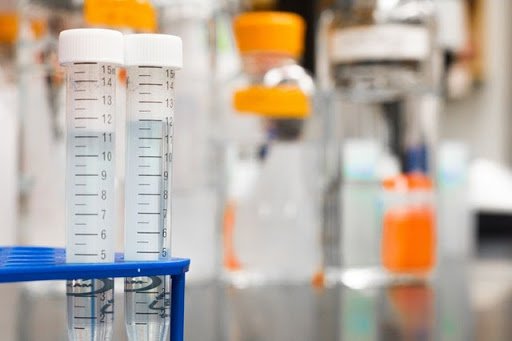 There are a lot of industrial chemicals that are being manufactured on a daily basis. Some of them such as Sodium Hydride is used as a strong base that is capable of deprotonating a lot of acids to acquire sodium derivatives. while some others are used to make consumer products. There are other industrial chemicals present which can also be used to create energy as well.

But which one of them are the most important ones? Let’s have look at them:

Sodium Hydride, also known by its chemical formula NaH, is a chemical compound that is used as a strong base in organic synthesis. NaH represents saline hydride which means it is a salt-like hydride.

Sodium Hydride is produced by reacting hydrogen and sodium together, which results in pure NaH that’s colorless, although it might appear to look greyish in color. NaH is among the bases that have wide scope and usability in organic chemistry.

Sodium Hydride is also a superbase that’s capable of dehydration, a process where proton or hydron is removed from a Bronsted Lowry acid in a reaction. NaH is also used as a reducing agent that can reduce main group compounds but a reaction of such kind is very rare in organic chemistry.

Sodium Hydroxide with a chemical formula NaOH is an inorganic compound that’s used in a lot of industries that work in the field such as producing papers to textile development. NaOH is also used to manufacture cleaning agents. Sodium Hydroxide is mainly a co-product obtained while manufacturing chlorine. Since it’s inexpensive compared to other compounds in the market, its very high in popularity.

Another chemical that is essential for a lot of processes in industrial manufacturing. Nitrogen is produced on a very large scale every year with the help of the fractional distillation process. Nitrogen is combined with hydrogen for manufacturing ammonia, which is among the most crucial chemicals in the industry.

Other uses of nitrogen include the production of fertilizers and fabrics, creating an unreactive atmosphere to preserve food. Its also used for creating dyes and explosives. For medical research and preservation as well, nitrogen is important.

C2H4 also known as ethylene, is the highest manufactured compound in the world. Ethylene is produced over 150 million tons every year, with the help of the chemical process known as fracking. The reason for its high demand is because of its importance in producing polymer and polyethylenes. It’s also used in producing other chemical products such as ethanol.

Sodium amide with chemical formula NaNH2 is an inorganic compound. It’s also commonly known as sodamide. Sodium amide is a salt that contains sodium cations and azanide anions. It’s highly reactive towards water and white in color but can be seen in the market with greyish tint as well, due to the presence of metallic iron from its manufacturing process.

Sodium amide can also be used to manufacture ammonia, but the reaction tends to be dangerous and can even burn in air. Sodium amides are highly reactive which is why they are stored in tightly closed containers.