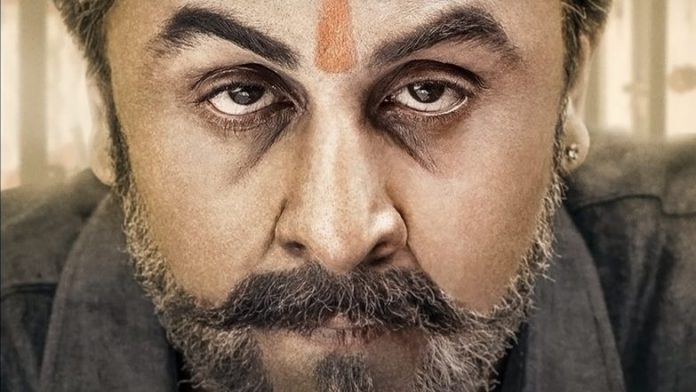 The movie ‘Sanju’ has made it to 100 crores in just three days of its release and set new records in movie trends that have been last set by Baahubali series in terms of the biggest opening collections in a weekend. However, the record-breaking streak continues as the trend of making moolah with biopics is only becoming a rage more and more by the day. The real-life story of silver screen celebrities with a right twist of tragedy and heroism has become the right novel concept that has been generating enough fervor well among the scriptwriters and the audiences equally.

( Looking at the ‘real’ man through the mirror of a reel hero – Image courtesy: Instagram )

And understandably so, the real-life story of another reel life superstar is now making enough headlines not only for the reason that it is helmed by its brilliant director Rajkumar Hirani who has ever tasted a failure in his splendorous career but also for the reason the movie is made without any fabrication of the actual incidents that happened in Sanjay Dutt’s life which was masterfully portrayed by the lead actor Ranbir Kapoor.

Is the reel life hero an ‘adorable’ anti-hero in real life too?

What is the real deal with the original bad boy of Bollywood who is also fondly called as ‘Sanju’?

Is the deal only about Drugs? Arms? Affairs? Underworld? Or all combined under one label of Bollywood’s action hero turned many times a covert Sanjay Dutt? The paradoxical image of this  Bollywood’s blue blood has perplexed many a popular movie-going audience to the extent that while some may worship him like god others may dethrone him at the drop of a hat without any need for a reason.

Before jumping to conclusions, it is worth taking a look at the dark side of this troubled actor’s life and the many controversies that ensued which made him the man we see in his bio-‘pic’ today!

( During the TADA arrest – source: Indianexpress.com )

The movie ‘Sanju’ will be another revelation of sorts for the tumultuous past life of Sanjay Dutt – a biopic that will explore and reveal to the audience both the troughs as well as the peaks in his life as the guy who adhered to the bad company but still had a heart of gold.