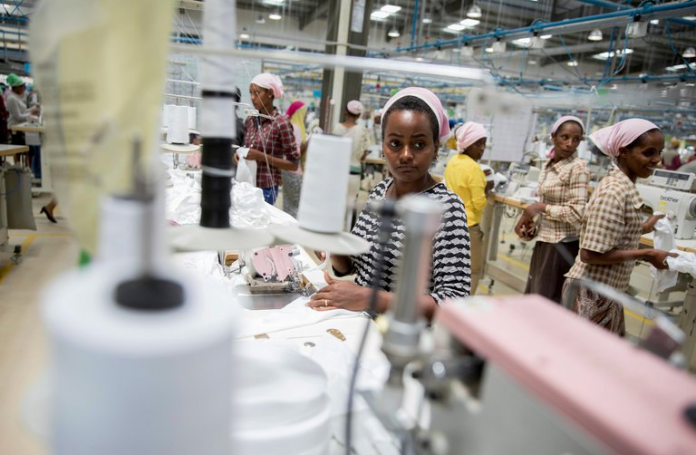 For the underdeveloped nations all around the globe to improve economically and be on par with the developed/ industrialized nations, it is hard to find any other choice than to go with Industrialization as it was believed even decades ago to be the only route world-over to bring an end to extreme poverty at the earliest. In a bid to industrialize poorer nations or involve labor from underprivileged nations to work even in most developed countries and branded manufacturer factory workshops/plants, the exploitation of the poor by the richest has begun and paved way to the phenomena of sweatshops that’s quite rampant all over the world.

What are Sweatshops, exactly?

Sweatshops are those workplace settings that majorly possess three traits—long working hours, low wages, and unsafe or unhealthy working conditions. Sweatshops may also have policies that firmly restrict workers’ rights and choices wherein some worst cases, violence is used against sweatshop workers as an act of coercion. Other characteristics included overcrowding, lack of sanitary conditions, no worker breaks or relief, demands to complete a task within a limited period of time, and most of all, a total lack of job security.

Recent instances of sweatshop conditions in the garment industry have caused an outcry by labor leaders, activists, and government officials worldwide. Although manufacturers manage to defy it, sweatshops nevertheless exist, even in the United States.

Is it better to be exploited in sweatshops than not?

In the 1990s, Americans learned more about the appalling conditions at the factories where sneakers and T-shirts were made, and opposition to sweatshops surged. But some economists pushed back. For them, the wages and conditions in sweatshops might be appalling, but they are an improvement on people’s less visible rural poverty.

Textbook economics offers two reasons factory jobs can be “an escalator out of poverty.” First, a booming industrial sector should raise wages over time. Second, boom or not, factory jobs might be better than the alternatives like agriculture or informal market selling as these factories pay a steady wage.

THE HISTORY OF SWEATSHOPS

One of the earliest examples of a sweatshop was in the crude textile mills of Ecuador. With massive immigration into the United States, especially beginning in the late 1880s, sweatshops became common in American cities on the east coast.

Another industry where sweatshop conditions often exist till date is the agricultural industry, which employs immigrants (both legal and illegal) for harvesting or picking fruits and vegetables.

Sweatshops have not been abolished to this day. Garment manufacturers found new ways to finish goods in factories outside the United States and in countries of South and Central America and Asia, where wage expectations were low and ready labor was available. Companies like Gap, Liz Claiborne, Kathie Lee Gifford, Nike, and Wal-Mart all came under criticism for marketing goods produced in sweatshops.

That sweatshop conditions can exist anywhere there is a vulnerable population, including inside the United States where immigrants and undocumented workers can be especially susceptible to sweatshop labor and practices like in 2006, a factory in Massachusetts whose workers exceeded 300 undocumented workers.

Sweatshop conditions can also exist in other industries, for instance, in 2006 Apple faced allegations that its iPod product was being produced in China with such practices as outsourcing despite many MNCs having specific policies against sweatshop practices.

In addition, the governments of many developing nations were reluctant to enforce strong worker-protection laws. They also claim that sweatshops often provide the best wages and working conditions available to workers who might otherwise be condemned to prostitution, begging, or subsistence farming.

EFFORTS TO IMPROVE SWEATSHOPS OR CURB THEM

Initial efforts to correct or improve sweatshops in the United States began in 1884 but it took federal minimum wage and maximum-hours legislation in 1938 before sweatshops began to disappear.

Meanwhile, popular organizing against sweatshop labor is also gaining momentum. These groups try to capitalize on the knowledge that, if the general public were aware of the conditions in which certain consumer items were produced, they would refrain from buying them. Activists hope that consumer pressure will force companies to become more socially responsible or face devastating negative publicity, like that experienced by Nike and Gap.