These articles are created with for light reading just before the lights are out and should be taken in a lighter tone.

The most talked about business strategy of this year (2017) has been Reliance Jio’s predatory user acquisition tactics. In this piece we are going to analyse the psyche of the decision and its sensibility as a business strategy. To make the analysis easier we will not be dwelling into legality of the actions by either party (Reliance’s dumping policy or the incumbent refusal to provide interconnection points).

We will be dividing this article into sections.

There is a lot of evidence that Jio did not intend to give free calls in its original plan. In fact the Jio sim card packs that came with the lyf phone before its official launch had call rates printed on it. 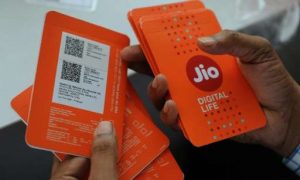 We think the plan for a dynamic change in strategy came only after the changes were incorporated into play only after the government’s stance to protect net neutrality (An ISP must treat all data equally). For further information on the topic you can check out this video from AIB.

If net neutrality had not been legally mandated. Jio would not just have had telecom services as its primary source of income, but would have generated income from a collection of services which it could have made the market norms by offering better speeds or quality of service for the same  compared to market competitors. But with the introduction of net neutrality this plan was shelved and the focus was moved to generate revenue by making jio the dominant telecom player in india.

The following offers had a definitive impact on the telecom industry incumbents like Reliance Communications , Tata Docomo have shut shop or major players merged (Idea and Vodafone) or they saw their bottom lines erode drastically.

READ MORE  3 Govt schemes you should know which can save you upto 5 Lac. 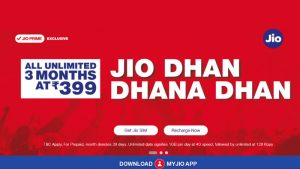 But all these freebies have been a cost to RIL a fortune. It is difficult to ascertain how much as the quarterly results of RIL encompass the total expenditure of the group (i.e Petroleum, Retail and other verticals). But By Mukesh Ambani’s claim he has made at least $25 bn in Jio.

This tremendous investment in Jio would have paid off if Jio now had a market dominant position in number of paid users. At the end of the welcome offer and once the paid operations commenced. Jio’s 100 + million free customers on the welcome offer converted to about 70 million paid customers.

Infact recently due to the stiff competition faced by Jio. Tata indicom has been acquired by Airtel at no cost and none of its debt (Tata Indicom has a debt of Rs 30,000 crores) This will migrate another 40 to 50 million paid users to Airtel’s subscriber base by the end of the year. Bringing it to a total of 320 million subscribers. Airtel would have to continue paying the spectrum fees incurred by the Tata Indicom (Reference)

Additionally Vodafone and Idea are in the final talks of a merger. The combined entity would be India’s largest telecom provider with over 400 Million subscribers.(Reference).

Looking at recent developments Reliance Jio and its size of subscriber base can be compared to players like Telnor or Aircel but not with the big incumbents.

A Look at the Horizon (Future of the telecom industry)

Reliance Jio and its effect on RIL stock which has been graciously been rewarded by the investors. Over the past year it’s stock has almost doubled. Pushing Mukesh Ambani to the richest man in Asia. It should be noted the faith of the investors lies solidly on Mukesh Ambani’s persona than balance sheet predictions.

Mukesh Ambani Has been considered a risk taker. He has not always had the best strategy but consistently strived for to grab all opportunities. Some of his other recent ventures include the 2010 to 2015 investments ($8 bn) on American shale oil fields. The lower oil prices have forced him to offload RIL’s shale oil assets at a loss. (Reference). RIL invested another $10 bn in gas fields off India’s east coast which has produced less Gas than expected. They have also been accused in the same oil fields of drilling in neighbouring fields. The case is still in arbitration for $3bn USD to be paid to the Indian Government (Reference). The RIL group has also invested $2bn USD in Its retail business which is yet to declare a substantial profit. While his competitor Future group’ Big Bazaar has (Reference). 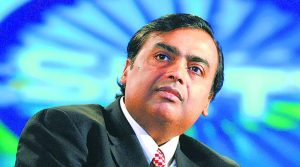 Take an example of Airtel who during the entire Jio’s welcome offer. Rode out the storm by having very few new offers to attract new users focussed on customer retention. After Jio’s  offers were done they announced a slew of offers like free data, retention of unused data. This has led to them having the highest user acquisition in the industry in the recent quarter. Shareholders have been rewarding airtel for its efforts. Their shares have gone up just in the last quarter by more than 25%

Also the welcome offer though welcomed by many as a novel offer in early stages had slow internet speeds due to congestion (Forcing Jio to place caps on data limit per day). Also interconnection issues led to unreliability in call services. This didn’t help its reputation with high value customers (i.e. Postpaid and corporate connections).

Also a lot of these development for Jio have been through raising of debt RIL currently has $12 bn or maturing debt (less than 3 years). Which it is attempting to refinance through bonds. If these bonds fail RIL will find it difficult to further infuse capital into Jio and can even lead to default. Which might be looked upon very critically by the present overstressed debt markets and media houses. This will bring a further negative outlook on the Jio brand (Reference).

With these developments will Jio trump the incumbents or will it be another Kingfisher Airlines which launched to much fanfare and hype and took a dominant position in market share for a short time but the following did not translate into revenues eventually dooming the airline. While players like Jet Airways and Indigo Airlines wethered through the storm. Indigo Airlines wethered the stiff competition from Kingfisher Airlines and the high oil prices with a profit.