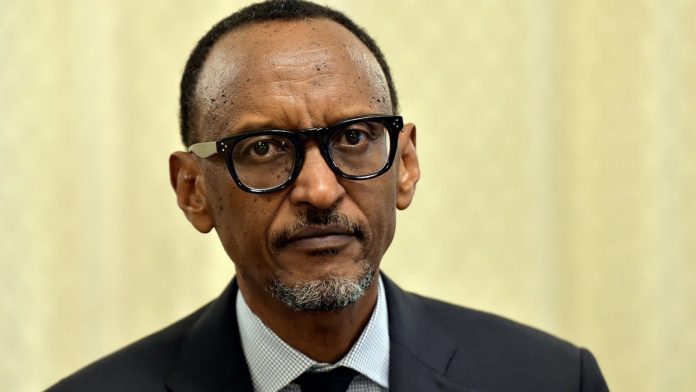 In recent times it is impossible to imagine a Genocide in today’s globalized world without the United Nations or other International bodies trying to stop it. Yet it did happen in Rwanda in 1994, the grisly details was well adapted to the silver screen in the 2004 movie Hotel Rwanda. 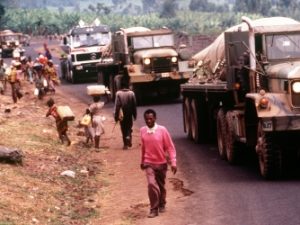 For those who are unaware of the details. When Belgium ruled Rwanda for purposes of divide and rule it segregated the local population into Hutu a majority and a privileged minority of Tutsi to rule over them. The Tutsi were given the prominent positions in the government and were through Belgian influence controlled the Rwandan population. When after World War II the Tutsi demanded freedom from Belgium. The Belgians flipped their strategy and now put the Hutu in powerful positions who now ruled the Tutsi with a vengeance. The rivalry between the tribes existed much after Rwandan Independence. In 1994 the then Hutu president of Rwanda Habyarimana was assassinated by. This led to one of the bloodiest genocides. The Hutu Mobs killed over 2 million Rwandans which included 70% of the Tutsi population.

With minimal involvement of the United Nations or other International Organisations in the ongoing violence. Paul Kagame a Tutsi who headed the Rwandan Patriotic Front (RPF) which launched an invasion with 2500 heavily armed soldiers who were Rwandan refugees from Uganda and bought the genocide to an end. 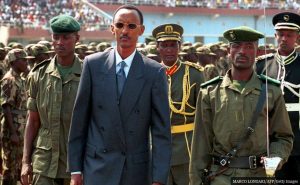 The RPF under Paul Kagame against the UN directive led his armed guerillas against the the Rwandan Government and succeeded in invading the entire country. This was mainly done by use of extensive psychological warfare by Kagame’s forces against a numerical larger and better equipped army.

After the invasion the RPF instead of seizing power, set up a government which was Bipartisan in nature with Pasteur Bizimungu a Hutu as President and Paul Kagame as Vice President.

Very few military leaders who become statesman end up as effective statesman. After Pasteur Bizimungu took over as the President of Rwanda he was ineffective in managing the genocide torn country. Many Hutus were killed in reprisal killings by the RPF. The state was still in poverty with a few having opportunity for education or employment. In 2000 in an internal political coup Pasteur Bizimungu was deposed and replaced by Kagame as President.

In the 17 years of Kagame’s rule Rwanda has rapidly developed into a Middle income economy. For an African country landlocked on all sides and being poor in Natural resources. With a history of sectarian violence ruled by a leader from a despised minority the work that was cut out for Kagame was arduous.

Which he did splendidly. Rwanda has posted a 8% growth rate in the last decade many new industries and startups have developed in Rwanda in the last decade which has revitalized the economy. Power plants have been making it one of the most electrified African states.

The tourism Industry has been revitalized and it sees it providing 43% of the Rwandan economy.

Kagame’s Work has been recognized by many international Organisations for his work. His government is also very progressive its one of the few central African countries which has supported LGBT rights, abolished capital punishment. The Rwandan parliament holds the record for maximum percentage of women members. 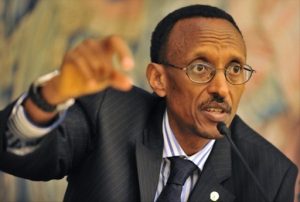 Kagame has been criticized in creating the new constitution which came to effect in 2003 to his advantage. He has banned the use of the segregation’s like Tutsi or Hutu by the press or any publications. He uses the powers provided by the constitution to hamstring his opponents. In the last election in 2017 the opposition party was not able to get their nomination processed. He has won all elections by a 90% vote margin, these election results have been questioned by many international agencies.