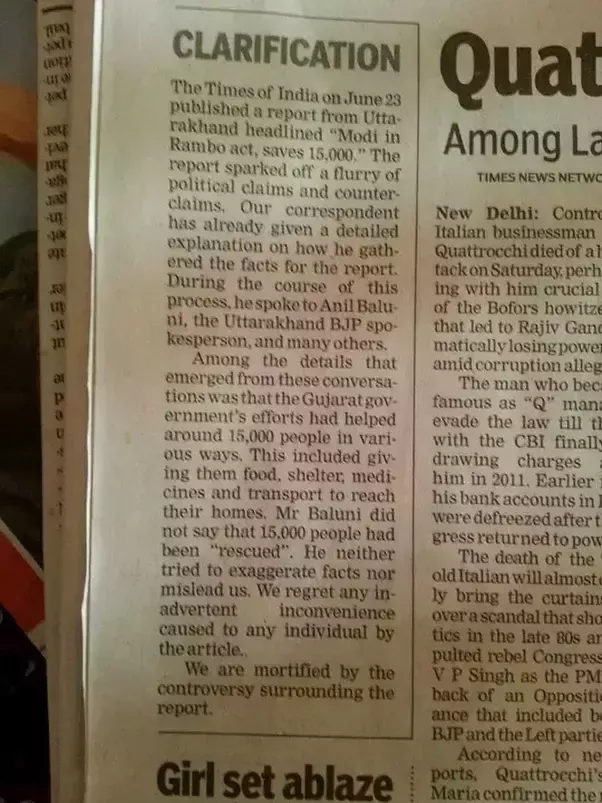 The high-speed era of information and technology that we live today is also the era of skepticism especially owing to the double standards of media. With sweeping rumors of an MP or MLA paying money to a newspaper/television channel to solicit positive news coverage in their favor might no more ever raise an eyebrow, not at least in India. Whether the Indian media likens to it or not, journalism is up for sale.

One may, at the most shrug their shoulders off when one hears a journalist saying that his colleague might have yielded to coercion from the “marketing” department and arranged a smooth interview with a politician but when a winning chief minister candidly admits that he himself approached the leading publication of his state with money for “positive stories” after learning that the newspaper had signed a “package deal” with his rivals to print negative stories, you had better sit up and take immediate notice. While it is not the print media alone that is guilty of writing and selling news for cash, there are television news channels too who are found equally guilty of selling editorial space as is evident everywhere in India.

So, Who Holds up the Fourth Estate?

Haryana chief minister Bhupinder Singh Hooda holds media barons accountable and not the factual journalists for converting newspapers into mammon-worshipping behemoths where everything is open for a price, not barring even the sacred editorial space. Not only Hooda but every other politician came forward to tell Outlook how they were charged huge amounts if they needed good press. Offer money, you could get mean-spirited comments from rivals checked and also have negative news printed about a competitor. As former editor B.G. Verghese, who is witness to a complaint to the Press Council of India, puts it: “It has become a disease and took to the prevailing trend of allowing editing space to newer levels of dubiousness.”

So whimsical is the paid news phenomenon that sometimes two contradictory news items surface on the same page because the paper would have reached an agreement both with the politician as well as his rival. Listed below are a few paid-news incidents spanning across all regions:

With the politicians mud-slinging the press all over on account of biased news, the damage control operations are underway. In Andhra Pradesh, it was the congregation of journalists who struck the first note of objection. The Press Council of India is also addressing the issue as it has constituted a two-member committee. The Election Commission and the Indian Newspaper Society are also scheduled to meet as the call to conscience has been made. All in all, the million-dollar question is: “Will it be enough to just check the moral straying of the fourth estate?”.