With the upcoming elections for the Congress President and expected unopposed ascension of Rahul Gandhi to the position leads many to question the credentials of the Nehru – Gandhi Dynasty and its value to the Indian Political landscape. It has also opened many questions on the value of India’s first Prime Minister Jawaharlal Nehru. The common accusations are listed below. 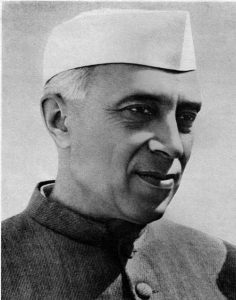 He did not deserve to be India’s Prime Minister

The best way to answer this question is to ask who else in that time deserved to be Prime Minister. The most common suggestions are Subhash Chandra Bose and Sardar Patel, Let us look at both candidates in detail.

Subhash Chandra Bose had intended with the support of the Axis powers to overthrow the British Government in India. He raised an army with Japanese PoWs called the Indian National Army (INA) with the intention of invading India from Britain. The INA surrendered in April 1945. There were many claims that the Japanese assistance was not unconditional as they intended to set up a puppet government in India. As they had in China, Philippines, Korea, etc. It is hard to fathom the Japanese assisted the INA without any political motive.

He was rumored to have died in 18 august 1945 in a plane crash. (The fact is considered to be controversial even in present day India).

Whether he was alive or not he was not available to take over the Indian Government.

Contrary to popular belief, he was in very good terms with Mahatma Gandhi and held him in high regard, the title “Father of our Nation’ was used by him first to refer Gandhi. He was also in good terms with Jawaharlal Nehru, when Nehru was jailed by the British Government. Both Indira Gandhi and Kamala Nehru were in custody of Bose in Germany.

The other candidate who is popularly promoted as an alternative to Nehru is Sardar Patel. Sardar Patel was in very poor health during the time, he passed away in December 15 1950. India had become a republic on Jan 26 1950. (Nehru was sworn in on that date) . In the year that followed Sardar Patel was extremely frail he had 3 heart attacks and was incapable of holding office.

Nehru’s Government was criticised for making series of bad policies, But many of his policies were far ahead of his time and in fact have had positive ramifications. Some of which are mentioned below.

Equality for all, India did not have a history of equality. The Hindu rulers had followed a caste system, The Mughals showed preference for Muslims and the Brits showed preference to Caucasians. When India got freedom everyone was equal before the law, irrespective of religion, caste or creed something that had never been codified by the Law before. This might seem so obvious today in a modern sense, but In the 1950s the world was very different. In the United States a person of the coloured races could get arrested for sitting in a section reserved for whites. In other  British colonies like South Africa Apartheid existed or in Australia’s White only policies were prevalent. In countries like Belgium zoos had people from Africa were locked up and displayed as exhibits.

Human Zoo exhibit at Brussels Belgium 1958 (Reference). The last of the closed in 1960s.

One can almost say the world changed taking India as example. Martin Luther led protests to appeal against the Jim Crow Laws by peaceful protests inspired by Indian Independence movement. Issue like Belgian colonisation in Africa and Apartheid in South Africa were issues raised by Nehru in the United Nations.

States Reorganisation Act,1956. Has been considered a Genius move by Nehru which is unrecognised by many. Most people like to believe India received in 1947 as a whole from Britain. But truth be told Britain granted freedom to India and over 500 princely states. Which some willingly and some by force joined India. The divide and rule intention of the British were the various states would continue squabble with each other and Britain could still have a sphere of influence over India.

In fact most countries that were priorly European colonies spent many years after independence in series of internal conflicts. Example The United States fought a crippling American Civil war, The middle east conflicts have roots in boundaries drawn by the European countries, The various conflicts in Africa, etc.

To deal with this the Indian Government smartly redrew state lines to make sure false identities created by the British were erased. Example Andhra State was merged with recently Invaded Hyderabad state to form Andhra Pradesh. Travancore state and Kingdom of Cochin was merged to produce Kerala. Kashmir was merged with Jammu,etc.

This has led to a few problems like states of Kashmir and Punjab still had secessionist movements. Also The many of the states again asked for individual statehood. Example Telangana asked for a separate state which was granted to them in 2014 (If it weren’t for the state reorganisation they probably would have asked for independence as they were before 1950). But overall of all former colonies of European Powers India has had the most peaceful transition into Independence.

Overall Nehru’s policies were positive for  for India but his Economic Policies have often been criticized and only after the  the Liberalization in 1991 has India seen drastic economic growth. 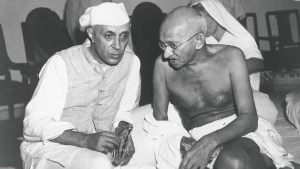 Nehru’s Soviet style Economy with their Five year Plans has not drawn positive praise from any sensible economist, they have been consistently criticized for India’s Poverty. This is true but one must look at the world from Nehru’s Perspective. In the 1950s two economic system seemed probable The American Free Market method and the Soviet state controlled economy. All leaders at that point in and outside the congress were against the Capitalistic approach. Leaders like Bhagat Singh were hardcore communists. India had not been invaded by Britain (East India Company) but by a company which was nationalized by the British government. The concept of Free enterprises or companies were abhorred by the Indian Public during that time. He made a decision which was both popular and seemed workable at that time.