The German economy today is a shining beacon of economic success not just in the European union but in the entire Global economic landscape. If one were to call China the world’s factory. Then the best factories in China are equipped with German machinery.

Many have tried to attribute this economic miracle to Ludwig Erhard (The First West German Post war Minister of economic affairs) for this success. They had managed a similar but considerably less humane and morally depraved development into a war machine under Adolf Hitler.

Is the success of the German economy to be credited to the entrepreneurial culture of its people?

Let us have a small look at German history. It would be hard prior to the 1850’s to place Germany anywhere on the world map. The Greeks dominated pre medieval European history. The Italians (Romans) ruled most of the European continent. The French with Greats like Charlemagne and Napoleon dominated Europe in their respective eras. The Scandinavians as the fierce Vikings were greatly feared by Europe for their marauding invasions.The English, Portugal and Spain Invaded most of the known world and most countries and their borders at vestiges of colonial rule. 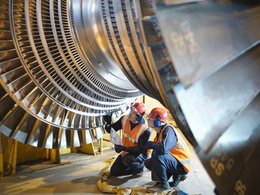 At best credit to ending the Western Roman empire can be credited to Odoacer and the Germanic Barbarians. But historical accounts conflict on whether he was Germanic.

In fact most European countries and even US had colonies across the world. Be it the Dutch, English, French, Romans, Greeks, Spanish Portuguese, Belgians but not the Germans.

So one might ask “What was this remarkable change that came upon the unremarkable Germans which has made them into a remarkable European Powerhouse?”. The answer lies in a culture known as Mittelstand.

In the 1800’s raw materials and goods were pouring in from all over the world into Europe due to their Colonial activities. The colonies also provided good employment for the populations of the colonizers. The Germans having no colonies and having the largest population were in a lurch. But, Luckily for them the Industrial Age dawned, if the Germanic people didn’t drink from the cup of empire building and the age of exploration as their neighbours, they took complete opportunity in the Industrial Age.

In Fact, they built their entire culture around it. Mittelstand means business which employ below 500 people, often family owned with revenues less than 50 million USD and they are in a very specific product niche. In many of these organisations most employees work their entire lifetime. The employers value the employees as an asset invest in their education and high skilled training (in form of apprenticeships). There are few unions and corporate business decisions don’t involve just board members. During the 2008 crisis when many of these enterprise saw their balance sheets turn red. Many of their employees took considerably reduced salaries. The employers in return invested in skilling program and had no layoffs. German Companies due to this still manufacture their own goods at quality standards far exceeding their close competitors whose manufacturing have often been outsourced to countries with far affordable labour.

This close correlation between employers and employees have led to creation of hugely profitable and hi tech industries with quick turnaround periods.

READ MORE  Learn About A Country Before You Invest In It