Ever fancied about going back into the past and reliving your favorite time or about going to the future and unveil the secret of what would happen? Time Travel has been a question which has come to our minds at least once. This has been the preferred choice for many science fiction movies. They picturize a car like object in which some really courageous chap would sit and take the risk of going to past or future. Can we ever forget the movie Time Machine?? The story of a heartbroken lover who creates the time machine to go back in time and save his girlfriend from the death bed. It is interesting to know that people in 1895 also thought along similar lines. HG Wells in 1895 wrote the book on the same subject. In fact, the movie Time Machine is based on this book.Not only movies and books, this is a genuine and contemplative topic for scientists. There has been intensive research on it. Scientists and professors have come up with many theories and school of thought.

School of thought of the Grandfather Paradox:

So have you ever regretted your decision in the past?? Don’t do that because you took that decision matching the consistency of universe. This is what we curtly refer to as destiny.

This is not based on any fundamental of science.

After this fantasy concept let us look from the point of view from physics.

Before this theory was proposed everyone believed that time is constant everywhere. But this is not true.

The theory of special relativity is an extension to the very fundamental concept ie Speed = Distance / Time.This means that distance and time are inversely proportional. Imagine that you are standing still and holding the light.  A light clock would have two mirrors and beam of light travelling between these mirrors. The beam of light would travel the length between the two mirrors of the clock say d in time t with speed s. Suppose you take this light clock to space on a spaceship. The speed of spaceship is moving with the speed of light. In this case, the distance traveled by the light will be more. As the position of mirrors would change as the spaceship is in motion and the beam of light is following a zigzag path instead of a straight path. So we see the beam of light traveled more distance. But there is a catch! The speed of light is always constant. So how could the beam of light travel a longer distance with the same speed? This answers the question that can we travel time? So if you have a twin brother back at earth. He would have spent a longer time on earth and hence he would age more. But you would turn younger to him as you spent a lesser time on the spaceship. So when you reach earth back, you would step in future! 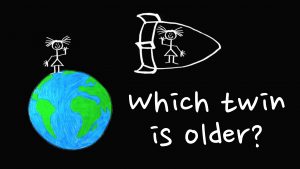 Scientists thought of capitalizing on the postulates of the theory of special relativity. They have come with multiple concepts.

We discover shortcuts while going to work. How about finding them in space?? These shortcuts are called cosmic strings. They are actually some defects in the topology of the universe when it was formed. When we travel through them we would travel time.

A wormhole would be two pints in space. You would need to travel in these wormholes with more than the speed of light.This time because you traveled faster than the light time taken will be lesser and you would end up reaching in the past when you step back on earth!

The Many Reasons to Invest In DAMAC HILLS

6 Industries and Applications of Centrifugal Casting

What to Know About Livestock Management Software

5 Tips For Buying A New Television

Top 6 Hidden Features To Use In WhatsApp