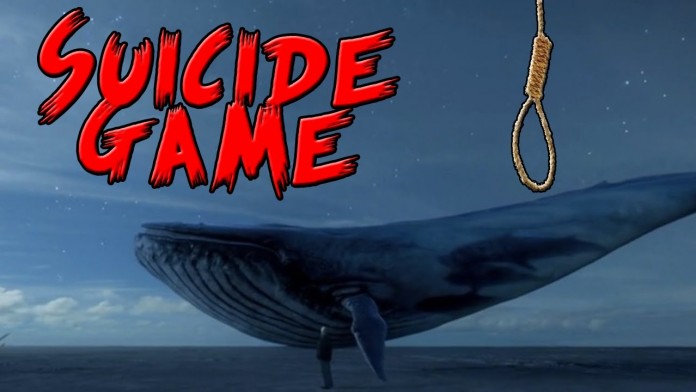 As most of us know the Blue Whale game is a game that has taken many lives of teenage students. This is so frightening that teenagers who are the future of the world get themselves caught up by an online game.

Now-a-days many of the teenagers use all electronic gadgets. Well of course they are very much run by the electronic gadgets. Even parents think that they acquire knowledge from these online sites because they feel it is used in a positive way. But when the children get so attracted to all these kinds of games and stuff there will be no chance of bringing them out of this world.

Every parent should take care of their children while they start using all the electronic gadgets like laptops, cellphones, different sites online etc., because they might think they are increasing knowledge while in fact they are trying to lose the minimum knowledge they acquired through their studies.

The Blue Whale suicide game is like a social media gang. This group started to prevail in Russia and apparently encouraging young teenagers to kill themselves.

The blue whale game in just like a challenge game which lasts for 50 days. It is a game in which there is a certain master for every teenager. Now what the teenager should do is to accomplish the task that is given to him/her each single day. These challenges are not simple or not normal. Of course, this is even most weird that the challenges are like waking up in the middle of the night, watching horror movies all alone at night, scratching a whale or any other objects somewhere on their body etc., After completion of the challenge the teenager should post a photograph to the master to prove that he/she completed the task given to them.

And finally, the scariest thing is that on the 50th day i.e., the last day of the game the challenge is to kill themselves. I do know it is weird but almost 130 teenagers killed themselves.

Let me give you an example of a teenager who killed herself just by playing this deadly game.

Yulia Konstantinova 15, and Veronika Volkova 16, these two teenagers killed themselves by falling off the 14storey apartment.

The whole news can be read through this link

Parents please do take care of your children because when they get so attached to the internet and electronic gadgets they even start to believe everything present there is true and which should be followed.

The electronic gadgets are to be ruled by people but now-a-days people are being ruled by them.

Please do keep this in mind and let your children get some good friends outside and at home let them hang out with books or even outdoor games and stuff. Technology keeps on changing and also we need to change with it but should we never forget the things we learnt and the knowledge we earned through these many days of study and life.

Let your children earn knowledge but never forget the values you gave them throughout their life.

“Our life is in our hands. We need not take our lives and  commit suicide for anybody sake.”