Punjab is known for it’s spicy, delicious and butter loaded food throughout the world. Punjabi food is among the important part of the North Indian cuisine, which appeals to the taste of many people. Punjabi dishes are much loved across India and are well known for packing a punch. The food is not only made up of different types of exotic sauces but it contains different tempting masalas in it which make it so yumm…

One of the most impressive things about Punjabi food is its variety. The food items that form a part of the traditional food of Punjab are not just tasty but also so eye-catchy that no one can hardly resist their temptation to taste them all. Some of the popular dishes are listed below:

Sarson Da Saag is the signature dish of Punjab. It is served with makki di roti with loads of butter on top which makes it so rich in taste. Sarson is highly nutritious and contains Iron and proteins in it which are essential for a healthy diet. It tastes well in winters as Sarson is generally grown in winters. Paneer is added too sometimes in saag for its better taste. Do try this if you have not tried it so far, I assure you that you will definitely enjoy it. 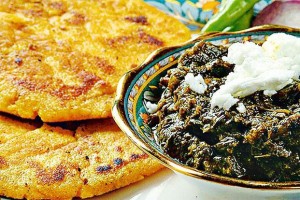 It is a one of the most liked paneer recipe which is served as starters. Paneer is coated with mix of masalas and is grilled but the authentic method requires either BBQ or conventionals ovens. The smoky flavour of paneer is love for all age groups. For the unexpected dinner party, you can never go wrong with these paneer bites in your menu. 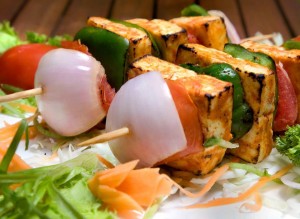 Lassi is the traditional summer dish from the state of Punjab. It is deliciously made and nutritionally adequate and has many additional health benefits too. The key to good lassi is to use thick homemade yogurt (curd) that is absolutely chilled and hand blended with a wooden churner. This popular, creamy, sweetened yogurt drink is a gem among Punjabi food recipes. Have a glass of lassi with your breakfast and you are good to go for the day. 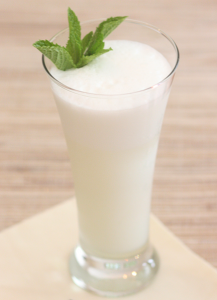 While talking about Punjabi food Chole Bhature can never be skipped. It is a very popular Punjabi dish which is usually served as breakfast eaten (generally on weekend mornings). A comforting brunch you’d want to eat on a cold winter morning to nuture your body and soul. The sight of the puffed fried bread with an aromatic tangy flavored chickpea curry aka chole is hard to resist even to the diet conscious.

READ MORE  10 Reasons Why You Should Date a Single Mother 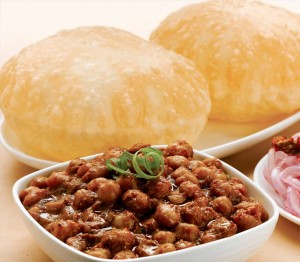 Rajma chawal is a simple yet delicious meal. Its rich flavor and appetizing aroma has something special to offer. It is a complete meal in itself, with all the nutrition and taste of authentic Indian cuisine. Eating rajma is really good for health and has many health benefits, including providing one’s body with energy due to its iron content.

A dish that can be eaten any time of the day or year. Something we all crave for everytime. It is a perfectly healthy breakfast. Human bodies like routine and if this is what you are habituated to eating since you were a kid then you need not swap it. If you want you can tweak it a bit to include healthier ingredients like white butter, cream or sprouts. 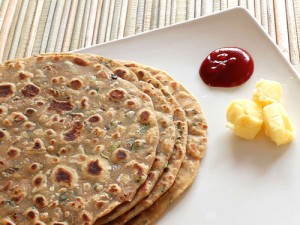 To annoy Punjabis take them to a nice restaurant and order yellow dal instead of dal makhani or make them eat aaloo paranthas without butter and then be ready for the consequences. Dal makhani is simmered slowly in a creamy blend of mild spices, butter and cream. Its one of the regular dishes to be ordered in any restaurant with naan or even rice. The simmering effect gives this dish a nice rustic flavour and taste.

READ MORE  5 Points About The Nobel Prize In Economics! 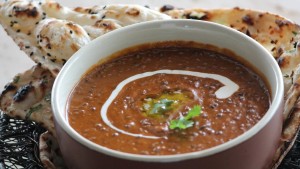 Butter chicken is the very first option by non-vegetarians eating out in a restaurant. A delicacy of Punjab which is loved by everyone. The rich, creamy and special masalas make it so tempting and favourite pair with naan. The original butter chicken in Punjab was of course merely tandoori chicken put into a mostly cream, tomato and ghee sauce! 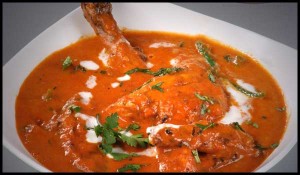 Think about these combos and have these mouth-watering dishes this weekend with your dear ones.
Stay hungry!!