Riteish Deshmukh and Nargis Fakhri starrer upcoming cinema Banjo’s teaser launch last night and I must say the teaser is the spectacular and the lead man steals the show completely. Banjo is touted as a typical Masala flick which is seems like very promising with some pleasant music.

In the teaser of the movie Banjo, there is a soothing music which will be surely giving rest to your ears and action of the movie is just breathtaking and Riteish perform the same with bang. It is first time probably the Houseful actor is portrayed larger than life character in Hindi cinema apart from he did the same in a Marathi movie Lai Bhaari.

The man himself shares the news of the teaser at the same time his fans are excited for the same. Riteish Deshmukh introduced in the teaser trailer of the movie Banjo as “Banjo ki duniya ka Bachchan”. 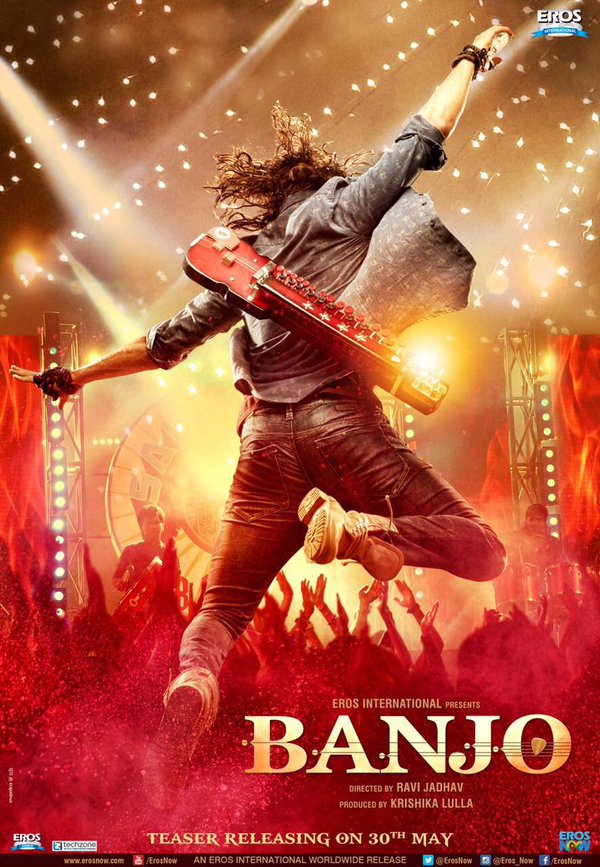 In the teaser-trailer of the film Banjo, the movie-actor is spotted in a shoulder-length rock star hairdo, head banging to some fun Banjo’s dancing. In the teaser there is also showcase of a Ganpati song sequence which is mind blowing.

The leading woman of the movie Banjo, Nargis Fakhri has been spotted in multiple get-ups. Still her role is yet to be clear but as per earlier report, it is Nargis actually roped to plays the role of a DJ from New York, who is currently settled in Mumbai. And poster of the movie is yet very colourful.

Currently Ritesh is gearing up for the release of his upcoming comical movie Houseful3 which is all set to hit theatre next week. And promotion of the forthcoming movie Houseful3 is going on bang.

Anyway, Banjo is the first Hindi directorial venture of award-winning Marathi film director Ravi Jadhav and production of the movie is done by Krishika Lull, under the banner of Eros International and the film is all set to hit theatre on 23rd September of the year.

READ MORE  4 Reasons Why The Martian Was An Unrivalled Movie!

5 Wireless Devices You Need in Your Life Right Now