The epic movie “Baahubali: The Beginning” maker S.S. Rajamouli bless to grabbed the very prestigious “Indian of the Year Award of 2015” organised by CNN-News18.

The epitome of talent S.S. Rajamouli awarded the very prestigious “Indian of the Year Award of 2015” by Finance Minister Arun Jaitley for his contribution to the field of Indian cinema.

Overwhelmed director stated to the media regarding his achievement that, “I am a man who lives with cameras and lights but I am very nervous to be in front of them. The award would have been more complete if it would have been given to team ‘Baahubali’ as the film is about team effort. We had a fantastic cast and crew. Without them it wouldn’t have been possible”. 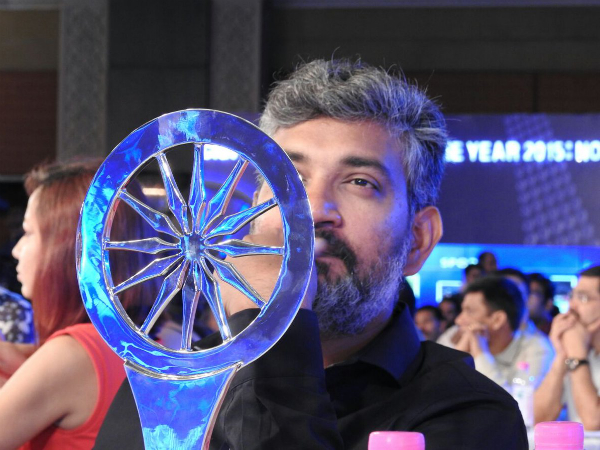 Various other personalities from different fields including Kangana Ranaut and Ranveer Singh for cinema, Sania Mirza and Leander Paes from sports, Bandhan Financial Services in business, the common citizen of Chennai, who tackled the horrible catastrophe, in their state, in public service category, were awarded with different awards in the event and last but not the least Indian field hockey legend Balbir Singh who blessed to honoured with the Lifetime Achievement award.

Director SS Rajamouli, the creator of the ‘Bahubali’ film series, has won the CNN News 18’s Indian Of The Year of 2015 in the entertainment category at a grand function held at The CNN News 18’s Indian Of The Year Award function held last Thursday 7:00 PM with grand star studded ceremony and the award show attended by the dozen of famous personalities including the Union Minister Arun Jaitley, the movie stars, which includes, Deepika Padukone, Kangana Ranaut, Ranveer Singh, Sania Mirza, Mahesh Bhoopathi and SS Rajamouli and Chinmayi Sripada were among some celebs, who graced the ceremony.

The bosses of News18 ‏write on its official page of the micro blogging site that, “Many congratulations to Bahubali film director @ssrajamouli for winning #IndianOfTheYear in entertainment category.” They added, “#IndianoftheYear @ssrajamouli gives the credit to the entire @BaahubaliMovie team”.

It was a proud moment for all Tollywood celebrities and fans of director SS Rajamouli, and that is why, his twitter account flooded with congratulatory messages from them. 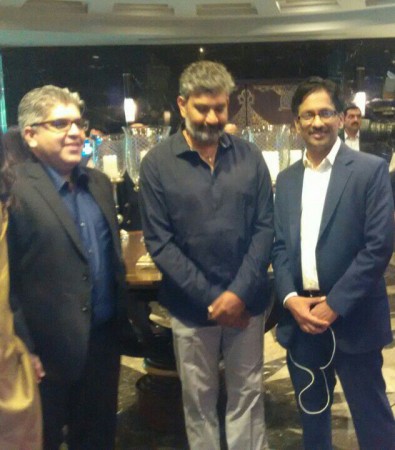