Former Indian Test skipper Anil Kumble and legendary leg-spinner has been made the head coach of the Indian cricket team for an initial period of one year by the Board of Cricket Control of India (BCCI). He was chosen by a special advisory committee of the three cricketing greats-Sachin Tendulkar, Sourav Ganguly, and V.V.S. Laxman. His journey from a player to an official to the coach of the Indian team has been spectacular. Let us take a look at this wonderful journey.

Kumble made his one-day debut for India against Sri Lanka in April 1990. His Test debut followed in the same year against England. He was dropped after this and returned in 1992. It took 10 matches for him to get first 50 Test wickets. His 100 Test wickets came in 21 matches. In November 1993, he took six wickets in a one-day match for 12 runs against the West Indies at the Hero Cup Finals, which became a record and had stood for a long period. In January 1994, Kumble picked 10 wickets in his 14th match. He played county cricket for Northamptonshire in 1995 and became the highest wicket taker with 105 wickets. 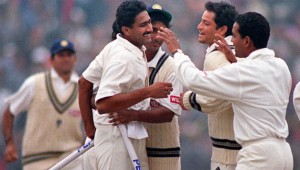 In October 1996, Anil Kumble partnered with pacer Javagal Srinath to win an exciting Titan Cup match against Australia in Bangalore. They scored 52 runs in the partnership in the 9th wicket. When India visited the Carribean in February Kumble bowled excellently and was the leading wicket taker of the entire series. He again featured as the highest wicket taker against Australia during the Border-Gavaskar Trophy in 1998. He took 23 wickets in 3 matches with an average of 18.26.

He holds a very rare record of capturing all 10 wickets in an innings of a Test match. Jim Laker of England had achieved the same feat in 1956.He achieved this extraordinary record against Pakistan in the 2nd Test in February 1999 held at Delhi.

In October 2004, Kumble became the second Indian bowler behind Kapil to take 400 Test match wickets. He is also the third spinner after Muralitharan and Shane Warne to have achieved this feat. He has taken the maximum leg before wickets in history. On 10 December 2004, Kumble overtook Kapil’s record of 434 wickets to become India’s highest wicket taker. Kumble took his 500th test wicket on 11 March 2006. He retired from one-day internationals on 30 March 2007.

He has bowled 40850 balls in his test matches in total just behind M Muralitharan’s 44039 balls being the second highest figures in the most balls bowled.

He became the Indian Test captain on 8 November 2007.

Kumble achieved the extraordinary feat of capturing 600 Test wickets on 17 January 2008. He is the first Indian bowler to do so and the third in the world. He is just behind the spinning greats Muttiah Muralitharan and Shane Warne in taking 600 Test wickets. 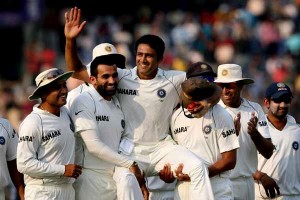 Anil Kumble announced his retirement from First-Class cricket, International Test cricket and all cricket appearances for the country in November 2008 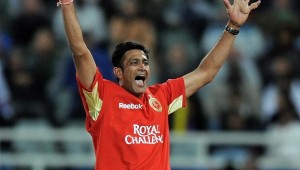 Kumble played the IPL Indian Premier League for Royal Challengers Bangalore from 2008 to 2011. After retirement from the IPL, he became the chief mentor for the team. He moved on to the same role of Mumbai Indians in 2013 and continued until November 2015.

Role of Official and Coach

Simultaneously Kumble moved into an official’s position. He became a member of the World Anti-Doping Agency (WADA), in 2009. In November 2010 he became the President of the Karnataka State Cricket Association. He rose to the position of Chairman of ICC Cricket Committee in October 2012. Now of late he has been appointed as the Head Coach of the Indian Cricket Team

Now Kumble has taken up a very important role, and the future of Indian cricket is in his hands. It is to be seen how his passion and Virat Kohli’s aggression combine to bring out the best in India in the days to come. He has contributed to the country a lot and now he will try to give back his achieved experience through nurturing the youngsters in the Indian cricket team.