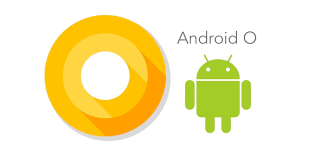 Android O is latest iteration of Android announced by the tech giants in Google. The Android is yet to be released in a stable build but as usual Google have released the Developer Previews it is used to releasing every year, a couple of months prior to its release. This post details all the new additions and feature updates seen so far in the developer preview 1 and 2. Here is a write-up of all the latest changes, features and everything else you guys need to know about the yet to be released version of Android.

Google has already briefed us about the timeline of the successive releases of Developer Previews and an expected release date of the final Stable build for the Google phones. With the alpha build of the Android O being released before the Google IO 2017, it was a surprise for the people and developers. This made it obvious of an imminent release of the Developer Preview 2 on the day of  IO 2017. Google has also released a timeline on its website for the people and developers to be prepared for the next Developer Preview release. The 3rd and 4th Developer Previews are scheduled to be released in mid-June and mid-July respectively. Also Google has lifted the lid upon whether the version of Android will be numbered 7.2, 7.5 or 8.0. And not to our surprise it is Android 8.0.0. Though Google is yet to declare the name of the version but an obvious guess is hinting towards the name being Oreo.

Announced at Google IO, Fluid experiences aims at helping your day to day use of the mobile and apps be more productive and less time consuming and making it very much smooth in terms of multi-tasking and usage statistics.

TensorFlow Lite is a scaled downed version of Googles original machine learning language, TensorFlow. It helps the lower powered/ spec-ed devices to handle the day to day demanding processes easily and cope up with the evolving demands. TensorFlow Lite uses techniques like LSTM to improve your experience.

Android O is experimenting a useful and a new framework in Android which as per Google will help hardware accelerate neural network features, helping keep some of the AI components on device and make some of the regular processes easier by avoiding the need to find a online server to compute things like actions on text selections.

This feature includes a bunch of useful and eye catching stuff like Picture-in-Picture, Smart Text Selection, Auto-Fill and Notification Dots with long-press actions on the Homescreen.

It is a very useful feature which is exactly similar to the feature on many TV sets, Youtube app on android and also in iOS. The feature was announced at the IO 2017. The feature works by allowing the video, like in YouTube to run while navigating other apps unlike previous days when you needed to sacrifice the video if you wanted to do some other stuff. This feature allows the user to navigate other apps and do anything whilst the video is running in a small minimised window, which can be placed as per what the user thinks is the best and then upon completion, the window can be slided off the screen to stop the video. The feature is now available in the Android O beta. 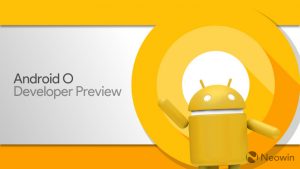 Many custom  launchers are already aware of the power of Notification dots and have been using them since long under one name or other. Even we have been using it one way or another sometimes using tasker. But now the company has decided to get this feature with some cool new functionalities in their new iteration. The notification dots will be seen appearing as usual as we have seen them appear in the custom launchers. They will be seen placed on the app icon itself in case the notification arrives and will be seen as live notifications. The app icon, on being long pressed will show some additional functionalities like it will be seen displaying the notification in a small dialogue box and simultaneously giving us options to act on that notification. The feature currently isn’t available on the Dev preview 2 but it is surely expected to arrive on the Dev preview 3.

Smart Text Selection is one of the best and most convenient features released by Google. The feature aims at easing the regular, monotonous feature of copy and paste in the Android software. We all have seen the regular copy/paste dialogue box in android upon selection of a text but Google has done good in improving the feature with its Artificial Intelligence. For instance, now upon selecting a number, in addition to the copy paste options, the dialogue box will also display the option to carry out a call directly with a single tap, saving us all the time and power in copying the number, opening the phone app and pasting it and then dialing it. Instead a single tap would now do all the work. Same is the case with addresses. upon selection of an address, the dialogue box will smartly pop up an option to navigate to the address with Maps, again saving us all the time and work. Another smart feature in addition to this is the Smart Text Selection. This means that when we select a word of an address supposedly, the AI will help to select automatically the whole address smartly and also give a navigation option in addition to that.

The Google team has introduced the other under the hood , behind the scenes features under the name of VItals. These features include battery optimisations, OS optimisations and also other features like added security etc. The battery life is going to be improves significantly as per the Google team announcement at IO. Also as far as the security feature is concerned, Google has started off by introducing the Google Play Protection according to which, the company says it will be constantly checking for viruses from app installs from play store. It says that the company has already started off with this feature, scanning almost 50 billion apps on a daily basis on each and every phone.

The Os optimisations include various subtle changes in speed like the phone takes nearly half the time it previously required for boot up. The apps aren’t also left unaffected as the apps will also be experiencing speed boosts as per the Google team. Extensive changes to the runtime, including things like concurrent, compacting garbage collection and code locality, but in Google’s words, your apps just run faster.

Other subtle and important feature include Wise Limits. This feature applies to the background services that prevents the app to run in the background for too long. The main and important goal for this services is to dramatically reduce the battery consumption and give more juice to the users for them to enjoy more and keeping tem up with themobile running efficiently throughout the day.

Another notable addition comes in the name of Play Console Dashboard. It is a new developer tool that aims at providing analytics on app device usage. Developers will be able to see live results of their app running on any Android device around the world. Though this may not eliminate the need for developers to test their app on most major phones, but it certainly will help the developers to narrow down an issue if a device is acting up crazy.

These features certainly won’t be visible on the Android O devices but rest assured that these features will be making your user experience even more smoother and more productive in terms of battery usage and performance. These all features will be working behind the scenes in order to make the user experience even more user friendly and making Android smoother than ever with beautiful animations and added functionality.

There is plenty of other stuff that Google is offering with its new release in Android O. Though these features haven’t been highlighted yet by the company but surely they will be making their way in the final build of the Android O. To highlight some of the features, there is this new font support so that the Developers can inculcate the use of new fonts as per their need in their respective apps.

Another notable addition is the WiFi awareness which allows the Android O device to communicate with the other devices in the vicinity of the connected WiFi without actually the need of an internet connection.

There are also some notable and subtle changes to the Android’s ART (Android Run Time) responsible for handling your apps. In addition to these, the Android Webview also has undergone some important changes but these changes are highly unlikely to be noticeable by an average user. But surely and certainly these features will a boon to the Android Users and will surely help simplify their usage by adding additional functionalities.

The final thoughts on the Android Developer Preview 2 are likely to be impressive. The notable addition of some new features that actually improve the day to day usage of Android phones more simpler and smoother and more fun. It also notably helps the battery last longer but not much difference but i am sure this will improve by the time the final build arrives. The Android O is still in the development stages and will improve more notably in terms of the required polishing for a smoother performance.

The eligible Android One, Nexus and Pixel phone users can download the Developer Preview 2 from the Google website and flash it on their phones and get an early access to the taste of the upcoming sweet dish of Android in Android O. possibly Oreo. We just have to wait and watch what Google unveils next as its name.

Family Heirlooms – Picking the Best First Ring for Your Daughter