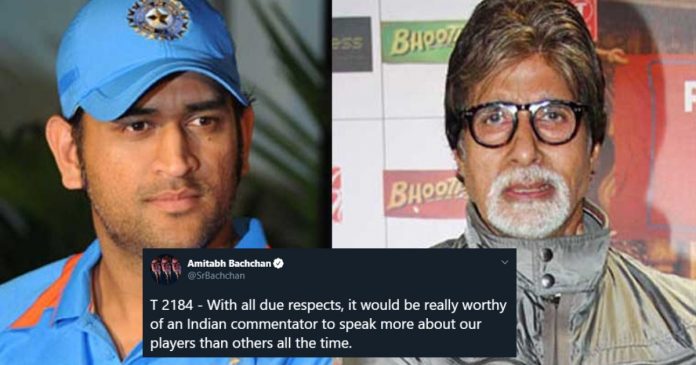 Oh!!! It was a nail-biting thriller at M. Chinnaswamy stadium in the last cricket match of India & Bangladesh. The prediction on the winner of the match was impossible as the game was moving from one side to the other on every single ball. But at last, India finishes being the winner side.

After all this, we had a few controversial reactions from Amitabh Bachan and MS Dhoni. As Sr. Bachchan went on twitter to criticize the commentators, on the other hand, Dhoni stumped a journalist in a press conference and it was brutal.

See what they have to say here:

Then He added & Raised Few Questions:

Interestingly, India’s captain Mahendra Singh Dhoni, who won the match with the last ball run out, retweeted Bachchan with the following words in his own style:

Bachchan responded to a few tweets from his followers:

Bollywood’s megastar concluded by congratulating Dhoni again for his strategies during the thrilling win: