So it is summer, holidays for schools and colleges. One must be planning a lot to have fun with their gangs. Each and every one couldn’t go on a trip and indeed they will be looking for a best place to hang with friends. Same goes with the parents as they can’t invest many days because of work and will be looking for weekend getaways. Well, for many people the quest will end with the Amusement parks and Theme parks. There are many Amusement parks in India but only few stands to the mark. Speak about the fun, maintenance and value for money these five amusement parks makes the top 5 in India to visit.

Charminar, Budh Statue, Irani chai and Biriyani are the main assets of Hyderabad, but Ramoji film city also made into the list of main landmarks in Hyderabad to visit. Kudos for making into Guinness records for the World’s huge film studio complex, Ramoji film city gives you many attractions. Numerous Indian films are filmed here every year and sometimes some other country films too. Located at 25 kms away from the city, RFC has a good connectivity. Its three integrated theme parks and different gardens will give you memorable experiences. Apart from Bonsai garden and Bird sanctuary, RFC has many adventurous treats for the children and adults. So next time when you visit Hyderabad, don’t miss this

The carnival themed park in India. You will lost yourself in the street music and best in class performances of Indian artists. The carnival gives you a lot of fun and fiesta which is engulfed with a lot of food varieties to eat from. The highlight of the Theme park is its elaborated arts. Opened until midnight from the afternoon, this park is one of the best destinations in NCR to reach within.

Go and fall in a small fairy tale type place which is filled with lot of joy rides. The wonderla is situated near a hill side and offers more than 40 attractions. The wonder splash is the best in class ride in which the folks are floated on an air tub and are passed along the tunnels and at last splashed in the fresh water. The 3D movie theatre attracts the children a lot. 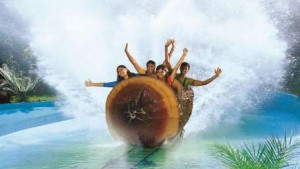 The world class amusement park in India with more than 50 exciting rides in which 12 are water based. The best attractions are rain disco which showers warm water in the correlation to the music being played. The other best part of this amusement park is it homes an indoor resort where you can stay. Wonderla is one of the hot destination in Banglore and it is estimated that nearly 50K people visit the park every month. So it speaks all. 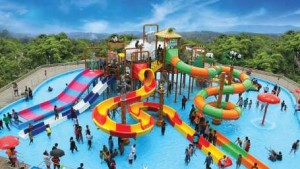 The biggest Amusement park in India with 25 big theme based rides which includes the India’s biggest Roller coaster. This is called as the India’s Disney land. The Imagica has an exclusive water park called Auqamagica which offers a various types of water rides. With is well planned park and maintenance it is not a wonder that this theme park is rated as No 1 in India.

READ MORE  9 romantic things for couples to do in Shimla 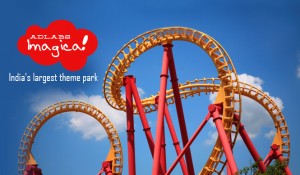 Apart from this there are some good amusement parks are building up to give more fun, ecstasy and joy. So, which amusement park are you going to in this summer?

Places in India with snowfall: 10 Destinations