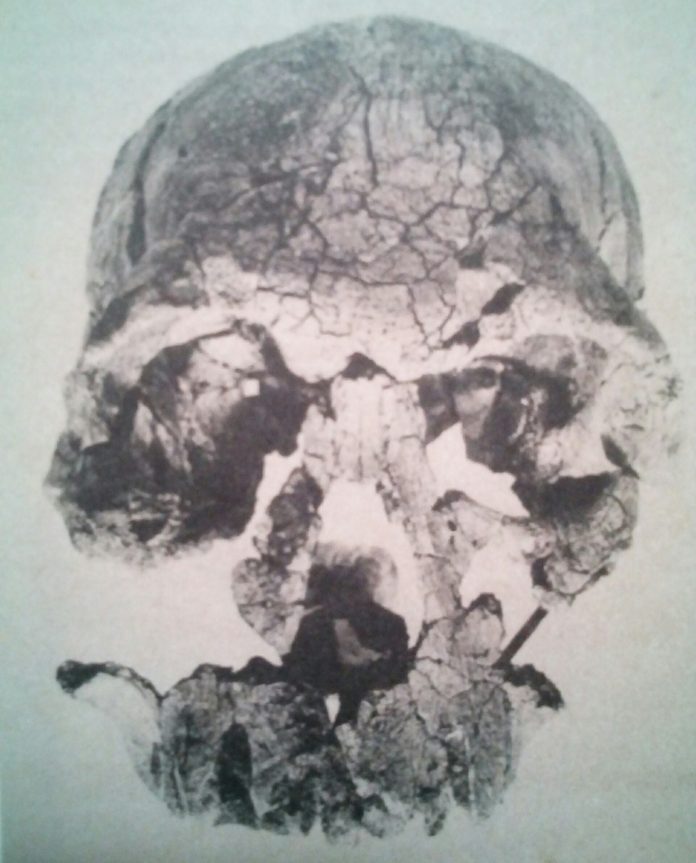 To say man has merely grown from primitive forms is a gross understatement. Our journey from the water to earth, from tree to ground was long and arduous. In this context, here are 9 facts about our evolutionary ancestors:

The emergence of man from the first forms of life in the primordial soup of the oceans, some 3500 million years ago, cannot be traced completely. Few fossils exist from more than 570 million years ago, and in any case early forms of life were soft-bodied and left little or no trace. The first forms of life were undoubtedly single-celled creatures, perhaps not unlike the primitive amoeba of today. From these single-celled creatures, known as protozoans, evolved the multi-celled animals known as metozoans. And from the metozoans developed the chain of species that culminated in man.

2. Ignored Because of a Hoax

One of the most important finds in the search for man’s ancestors was ignored for years because of the Piltdown Man hoax. The Pildown skull – ‘found’ in England in 1912 but exposed as a fake only in the 1950s – had purpoted to show that man’s ancestors had large man-like skulls and ape-like jaws. So in 1924, when Raymond Dart, Professor of Anatomy at Witwatersrand University, found a very different looking skull at the Taung caves in South Africa, his conclusion that it belonged to an early hominid was dismissed. Only when other bones from the same species – named Australopithecus africanus – were discovered that doubts begin to grow about Piltdown Man. Today the species Dart discovered is thought to have lived about 5 million years ago, making it one of the earliest stages in the development of man.

READ MORE  5 fastest super computers in the world. They are really 'super'

Nineteenth-century Chinese pharmacists had known for generations that a cave-studded limestone hill outside the village of Zhoukoudian near Beijing was a rich source of fossil bones, which they ground up to make medicine for their patients. What they did not know was that some of the bones were those of their own ancestors, and about half a million years old. The bones were recognized as human or near-human in 1903, and in the 1920s archaeologists began excavating the site.
In 1927, Davidson Black of the Peking Union Medical College discovered two hominid teeth, and he announced that a new species of primitive man had been discovered: Peking Man. His discovery was confirmed in 1929 with the unearthing of part of a skull. Peking Man is now classified as Homo erectus, a man like species which came immediately before Homo sapiens in the evolutionary chain.

No evidence of man’s early ancestors has so far been found in either North or South America. Fossil and other remains suggest that the first Americans crossed the Bering Strait (which was then dry land) from Asia between 40,000 and 20,000 years ago. These ancestors of the American Indians were already modern men – Homo sapiens sapiens.

Very few of man’s ancestors have survived unchanged down the long corridors of evolution. One that has is the lemur of Madagascar. Developing after the first primates, it is now classified as a prosimian – meaning ‘before monkey’ – and is one of the common ancestors of both monkey and men. The prosimians, small insect-eating animals that lived in trees and hunted by night, are known from fossil finds to have flourished from about 60 million to 40 million years ago. They gradually died out in most parts of the world and were replaced by monkeys and apes. In Madagascar, uniquely, they survived in the form of lemurs – thanks to a geological accident which separated the island from Africa at least 30 million years ago and so protected the lemurs from competition.

6. One Giant Step For Mankind

The world’s oldest footprints were made when a group of early man-like creatures walked across a patch of damp volcanic ash near the Olduvai Gorge in Tanzania. They later set hard, preserving the prints. Discovered in 1976, they show that man’s ancestors were walking upright 3.75 million years ago.

7. Our Relative, The Starfish

Man and other mammals are vertebrates, animals with backbones. And all vertebrates belong to the scientific family called Chordata, animals with a rod-like structure that supports the body.
The chordates and the echinoderms – creatures such as starfish and sea urchins – diverged into separate evolutionary paths at least 500 million years ago. But scientists believe that both groups descended from a common ancestor – making the starfish one of man’s oldest living relatives.

8. Named After a Chimp

A chimpanzee from London gave it’s name to a group of ape-like animals that lived 10-25 million years ago in Africa. In 1931, the fragmentary remains of a creature thought to be an ancestor of modern chimpanzees were found in Kenya, Arthur Hopwood, of the Natural History Museum in London, suggested that the creature should be given the generic name Preconsul – after Consul, one of the chimps then in London Zoo. Several forms of Preconsul fossils have since been found, including, in 1948, a nearly complete skull of a species now known as Preconsul africanus. The Preconsul fossil apes are now often included in the genus Dryopithecus (from the Greek “drus” meaning “tree”). The genus is so called because the fossil often occur with oak leaves.

Man and his ancestors, the hominids, have known how to use fire for at least 500,000 years, and man has probably been able to make fire for himself since about 12,000 years ago. The earliest fire was undoubtedly started naturally by lightning, so that the old and widespread religious custom of a “sacred flame” which was never allowed to go out is likely to be a folk-memory of the days when fire had to be kept alight, because people could not make it for themselves. Peking Man, who lived about 500,000 years ago, seems to have been the first species to make regular use of fire. Charred embers were found with Peking Man’s remains in a cave near the Chinese capital in 1929.