The world has become tough. And what’s worse? Well the dating world has become even tougher.You actually have to put forth effort if you want to meet new people, and putting forth effort into something that uncomfortable sucks. For all the guys out there trying to woo their lady-love :  these are a few tips that’ll definitely earn you brownie points.

Chivalry never goes waste. However modern and independent she is a woman always appreciates a man who takes the effort to do small things for her.Opening doors is one of those small things that’ll take you a far way. Girls are searching for gentlemen. 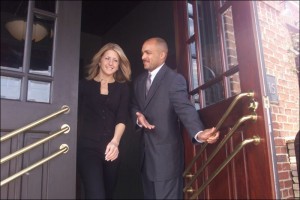 Roses, asters, lilies : just the thought of them make a girl smile. Actually receiving them is ten times better. Never take 2/3 dozen on the first date. Just a single rose or a few lilies will do the trick.They can be pretty cheesy, but no woman is going to stab you in the face for bringing her flowers.

READ MORE  10 Gems of Wit From the 20th Century 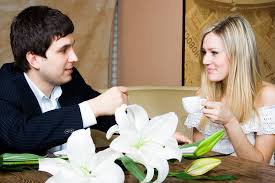 3.Chocolates are another option

Unless she’s very health conscious or is allergic to chocolate (imagine that) ,      chocolates are a good option . Again going overboard is a big NO. A small box of    her favourites will suffice .If you want to start a first date of romantically, it’s  never an awful idea.

A thoughtful fun date doing something together helps to bond much better. Its    better to come across as thoughtful rather than wasteful or extravagant. A super expensive lunch or dinner without much to talk or do about can’t always cut through. A fun date on the other hand can take you places.

Sitting across each other for hours without anything to say can be the biggest let down. Talk about yourself. See the topics she’s relating to and elaborate on them. Silence may be golden but never on first dates.Don’t freak yourself out and start asking her if she’s having fun or if her dinner is good .Play it cool.Talk,get her talking and things will be fine.

READ MORE  Bitcoin - Is it the new ‘Silk road’ to cryptocurrency?

If you expect her to pay half just ask so. Trying to hint or acting like you want to pay when its the last thought on your mind can come out as creepy. Going dutch is totally acceptable.

7.Message or Call in a few hours

Don’t hammer her with texts and friend requests five minutes after meeting her, but it’s OK to call her a little early if that feels natural.But waiting for days and weeks is just mean. It might give her the hint that you aren’t interested and she’ll move on.

8. Be straight with her. If you’re not looking for anything serious, tell her. If you want to break it off, tell her.Being mean initially is still way nicer than just gradually becoming a jerk and waiting for her to end it.No one wants to be played with. It’s tough to be rejected but even worse to be waiting for something that might never happen.