Nature has always proved that she is beautiful and amazing. It looks even more stunning when humans add a tint of artwork to it. There are a number of examples, where human artistry and natural beauty has come together to create a magical aura. One such example is the natural tunnels and forest roads that you may find at various places all over the world. It can be noticed how trees and plants complement with the man-made tunnels and roads to create something that is mesmerizing and worth watching.

If not all, some of them can be stated here to show how these amazing tree tunnels or tree roads came up and what their significances are.

The street is also known as the Cherry Blossom Avenue, and it actually came into light when various photographers started capturing its images and displaying it in the public with blooming flowers on the trees. If you visit Bonn, Germany during the spring seasons, especially in the month of April, you will be able to experience a beautiful view of the street surrounded by trees holding pink flowers. 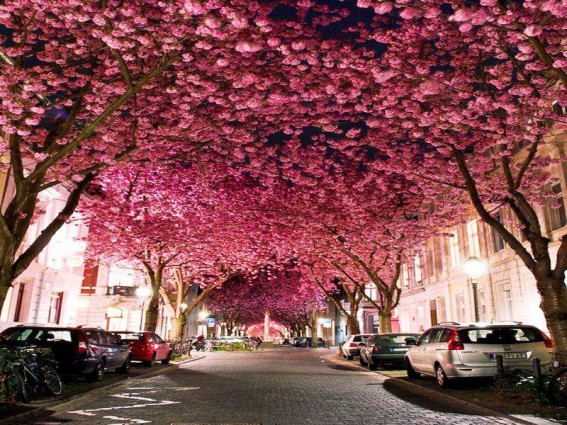 Of course, there is a history of the place. The street is located in Nordstadt, which is about 5 minutes away from the Beethoven’s House. In the year of 1980, these Japanese trees of cherry blossom were planted at the sides of the street, and now the street sides have become home to these trees. As the flowers blossoms during spring making the place amazingly beautiful, this street of Bonn also turns into a spot of attraction every year.

In the Northern Ireland, near the village Armoy, the Bregagh Road displays a stunning view of beech trees on the roadsides, curved in a strange way. The history of the place says that it was around in the 18th century when the Stuart Family planted these trees at the sides of the road to decorate it. But now it has taken a strange yet a beautiful look. 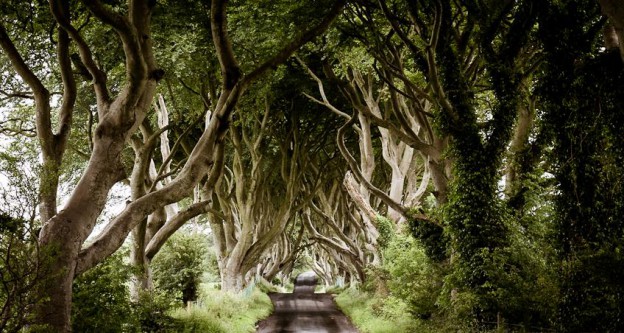 Due to the strange look of the site, there are a number of stories also that has come up about the place. Though a large number of tourists visit this place, but as per the locals, after dusk a grey lady haunts the place and the beech trees.

Portland is visited by tourists every year for its natural scenes and beautiful views. Though there are a few tree streets around the world, but Portland has a number of them. It is known to be one of the most naturally decorated places of US. If you are in Portland, you can get a number of streets that are surrounded by Maple Trees. There are many streets at the sides of which these trees have been manually planted, but there are also such streets where these trees have naturally grown. Altogether, it brings out a natural beauty that has been increased even more with the man made streets cutting in between the trees. 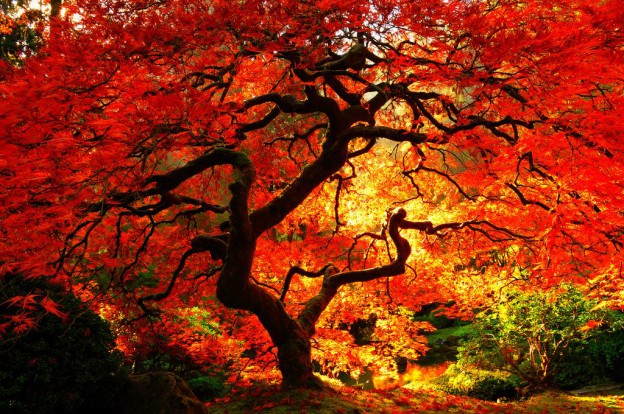 This is a wonderful combination of nature with horticulture art. The walkway has an arch roof that is about 180 feet and has golden color flowers drooping from it. This is not only the longest but also the oldest walkway in The UK. The founder of the garden or the walkway was Henry Pochin, who started creating this magical view at about 130 years ago. But obviously, now he is no more to see this view when it is actually in its real glory. Though the founder of the walkway is not there, the place is cared and gardened by other experts for many years and hence this place has also become one of the attractions for the tourists who visit this part of UK. 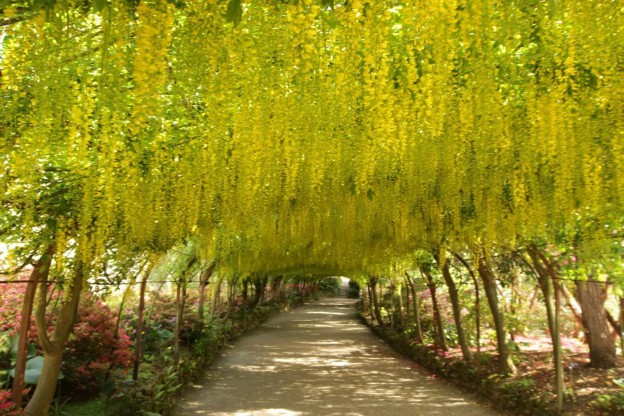 You must have often heard of the name ‘Tunnel of Love’. Well if you wish to discover it, you should come to Kleven in Ukraine. This is actually a railway section of about three kilometers that joins a fibreboard factory. The train passes through this tunnel thrice a day to reach the factory for delivering wood.

The dense forest trees have grown and made a green corridor like the view in between of which the train passes. Not only this is a railway segment, but also this is a favorite spot for mainly couples. Apart from the couples, this beautiful tunnel also attracts a number of photographers, and other tourists to get amazed.

As per the locals, it is said and believed that if a couple wish for something sincerely here, then it surely comes true. So, you can also call this place to be a romantic destination to explore. 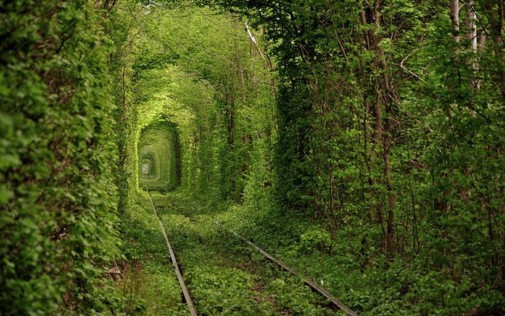 Japan is famous for a number of tree tunnels, but among all those, this one can be said to be the best one. The beautifully constructed tunnel is covered from outside with the wonderful lavender flower trees. The branches of the trees cover up the tunnel walls and roof beautifully, and the lavender flowers hang and droops down from the roof beautifully to create an amazingly stunning view. Along with lavender, there are also many other flowers in between arranged in rows that create a stunning pastel color box like experience in front of you.

The best time to visit this place is in between April and May, to be a part of the Wisteria Festival. This is the time when the flowers blossom fully and create the best view to experience.

Mecklenburg-Vorpommern is the largest state in Germany as per its area, and the Rugen Island is also the largest island in Germany. Here, you will get to see this amazing tree tunnel shaped street at Garz. The tree canopies create a tunnel-like feature that is also known for its vanishing point view. 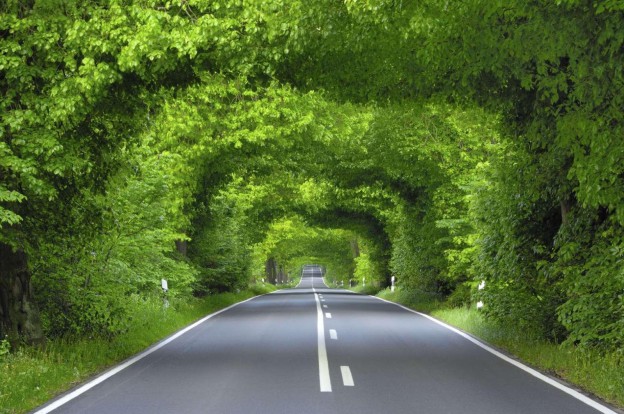 If you are at Dorset in the United Kingdom, then you should surely visit the Christchurch Priory. It is a naturally created tree tunnel that surrounds beautifully the whole street. The whole year you will find the tunnel is a greenish shade but if you visit it during the autumn season, you will be amazed to see the color change from green to reddish yellow and brown.

The list actually doesn’t stop here. There are many more other tree tunnels and tree streets around the world that proves to be a beautiful combination of natural and human efforts. This list is actually long, and it can go on endlessly. 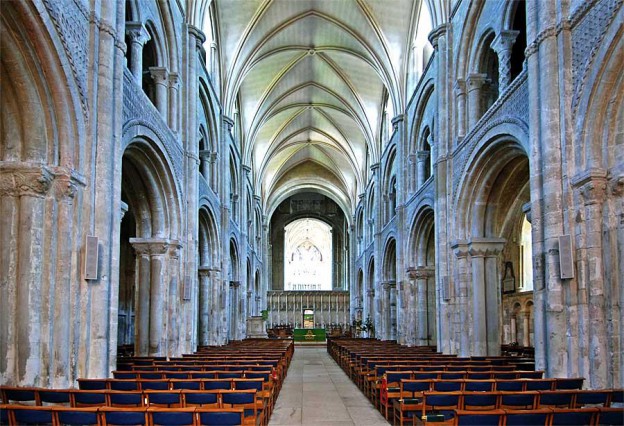