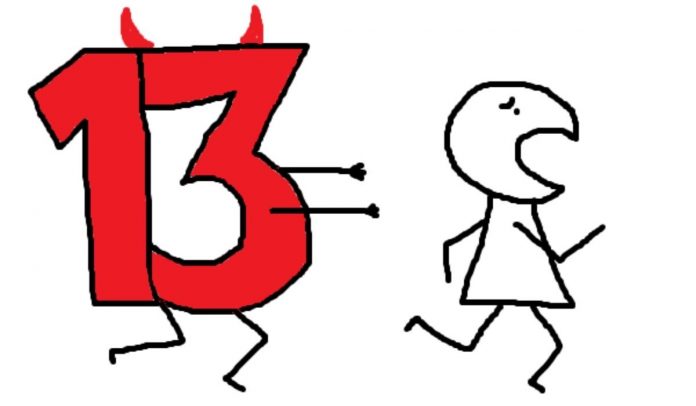 The number ‘13’ has always been surrounded by myths and beliefs. People belonging to different cultures and countries have distinct beliefs regarding this sole number ‘13’.

For some people, this number has marked to be the lucky one while for others it is the epitome of ‘bad luck.’ But among most people, if considered the ratio, the number 13 is believed to bring the worst luck.

The history behind the myth of 13 to be the unlucky one date back to the times of Romans who led lives believing that the number 13 was a symbol of destruction and death.

Norse legends claimed that the thirteenth guest at a banquet is the spirit of evil. The belief of this number to bring bad luck among Christians is often said to come from ‘the Last Supper’ when Jesus Christ sat down with his 12 disciples making a total of 13 people.

Another belief associated with the number 13 is that the first person to leave the dinner table of 13 diners will meet death before the end of the year.

From these facts, this can be pointed out certainly, that beliefs and myths vary from place to place and people to people. The incidents, coincidences, and accidents make a certain thing to be credited and given the label of ‘lucky one’ or ‘bad luck’.

The rest depends on the common sense of the people. If seen practically, number 13 is just a number, but what made it to be surrounded by the beliefs of varieties of luck actually made it a part of myth!