Francis Albert Sinatra was born on December 12, 1915 in Hoboken, New Jersey, U.S.
He was a legendary American singer also popular as an actor, and producer.
He was claimed and accepted to be one of the most popular and influential musical artists of the 20th century.

Frank Sinatra had a fabulous career and then he retired. However, He retired twice in his lifetime…
When the first time he retired in 1971, he came out of retirement two years later and recorded several albums. He resumed performing and created magic with his music one more time.

Frank Sinatra led a vivid and passionate personal life. However, He was often involved in turbulent affairs with women… He married more times than Ross Geller from friends: P

After he passed away, American music critic Robert Christgau called him— “the greatest singer of the 20th century”
Today, he continues to be seen as an iconic figure in the music industry.

Here are top 10 classic songs by “Ol’ Blue Eyes Which should definitely be in your playlist!! 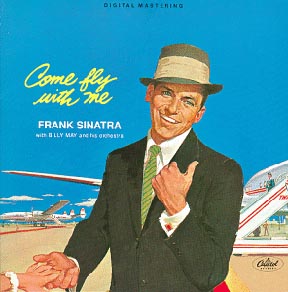 Weather-wise it’s such a lovely day
You just say the words and we’ll beat the birds
Down to Ac apulco Bay
It’s perfect for a flying honeymoon, they say
Come fly with me, let’s fly, let’s fly away” 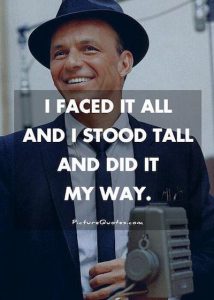 “Yes, there were times, I’m sure you knew
When I bit off more than I could chew
But through it all, when there was doubt
I ate it up and spit it out
I faced it all and I stood tall and did it my way

I’ve loved, I’ve laughed and cried
I’ve had my fill, my share of losing
And now, as tears subside, I find it all so amusing
To think I did all that
And may I say, not in a shy way
Oh, no, oh, no, not me, I did it my way” 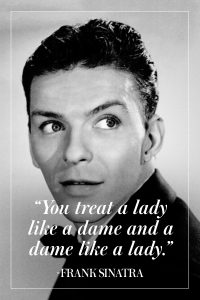 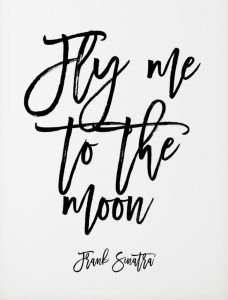 Originally titled “In Other Words” and recorded by Kaye Ballard the same year. The song has become a popular jazz standard.
Also, it’s a personal fav!

#5 The way you look tonight 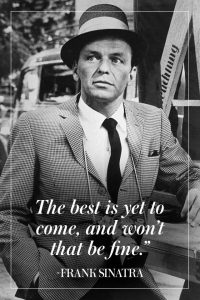 “Someday, when I’m awfully low
When the world is cold
I will feel a glow just thinking of you
And the way you look tonight

Yes, you’re lovely, with your smile so warm
And your cheeks so soft
There is nothing for me but to love you
And the way you look tonight”

#6 Strangers in the night 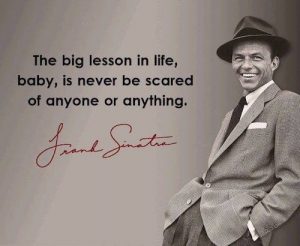 Ever since that night we’ve been together
Lovers at first sight, in love forever
It turned out so right for strangers in the night” 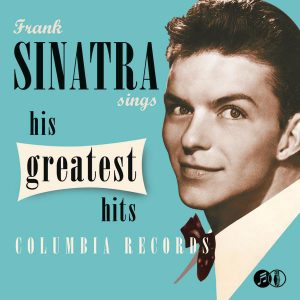 Even if you don’t listen to other songs… make sure you listen to this one! 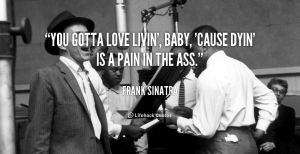 Frank Sinatra had many close relationships throughout his life. He was married four times, and had at least six other notable relationships in between.
But he shared a song with his 4th wife, Nancy Sinatra and it still remains an old time evergreen classic!

So these were are our favourites!
Which ones did you like?
Leave us your thoughts and some love in the comments below!