India’s most popular snack – Maggi ,better known as the two minute noodles have been taken off the shelves in 5 states after the samples showed that the instant noodles contained dangerously high levels of lead and chemical flavor enhancer Monosodium Glutamate (MSG). Nestle ensured its consumers that the product is safe and will be back in the market soon. Even though media has played an important role in warning us about the health hazards of consuming the noodles, our hearts secretly wish that this news is nothing more than a rumour. So here are 8 reasons why we would still want to eat Maggi after the Maggi ban: 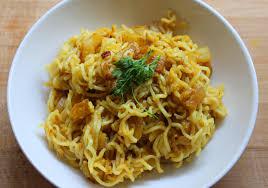 1) It perfectly fits our budgets: Maggi combo packs are the first thing that we put in our shopping baskets in the food mart. Be it a housewife, a college student or someone who just started living independently, it finds a place for itself in everyone’s lists. Who can say no to a mouth watering snack for prices as low as ten bucks?

2) It is the best savior when your mom is ill: Your mom is ill and can’t cook? Your maid ditched you at the last moment? There is no need to go to bed hungry or even order food from outside when Maggi can come to your rescue. This small pack of noodles definitely has some superpowers!

3) For hostel students, late night snack is synonymous to Maggi: Perhaps nobody can understand the worth of Maggi as much as hostel students. From visiting roadside stalls that sell Maggi to preparing it on their own while having late night study sessions, from having a separate amount fixed for it in their monthly budgets, to borrowing it from the girl in the room adjacent to yours when you run out of stock, Maggi has become a part of their lifestyles.

4) Everyone has their own recipes for it: “Butter Maggi”, “Pyaaz Maggi”,”Egg Maggi” and the list goes on. Most of the people have their own recipes for this pack of two minute noodles. While some like to spice it up, others might prefer to have it plain and simple. Such is the love for Maggi that you can find stalls with the name “Maggi Point” all across the country.

READ MORE  10 quick tricks to woo your girl just like that!

5) It tops everybody’s “Things I Can Cook” list: If you ever ask the teenagers what all they can cook, there is one answer that is certain to come- Maggi. Also, don’t get surprised the next time someone tells you how different their Maggi tastes from others and how people absolutely love it! 😛

6) If not exactly two minutes, it takes the least time n effort to cook: There are loads on trolls on how Maggi never gets cooked in two minutes, but there is no denying the fact that you need to spare no more than a few minutes to prepare this steaming, delicious bowl of noodles. For all the lazy people out there, this surely has to be one big advantage.

7) There are hardly any alternatives as good as it: There are a number of brands that released similar products but there has been no alternative that has been able to match or even come close to Maggi’s popularity.

8) It has been a staple in India for more than 3 decades now: Maggi redefined cooking in India. It was perky, quick and tasty. From being a snack on the shelves, it found a place in our hearts. True to what its advertisement potrayed, it soon became “Meri Maggi” . We will definitely have a tough time, trying to find substitutes. 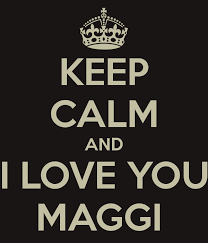 Who knew that there will be a time when we would be needing excuses to gulp down our favorite pack of noodles. However nothing is more important to us than the health of our readers. Stay healthy, keep reading!