Being movie buff I must say that you must be a Hindi movies aka Bollywood, aficionado. The Bollywood literally produce all genre movies from fictionalizing love story to hardcore drama or from typical Masala story to an out an out family drama with most of the movies having happy ending.

These movies are pleasure to watch. All the gratitude goes to the vivacity of the filmmakers!

So no wonder why even the accomplished film-maker summarizes day-to-day life based true observable fact into a two hour script with such an effortlessness and excellence which leaves the mind of the audience towards the movie through after its beginning.

So now a day’s Hindi films are actually taking inspirations from the real life story for the conception of the movie and no doubt some accomplished filmmakers are doing so including Rakesh Omprakash Mehra, Omang Kumar, Ekta Kapoor and so on.

Here are the lists of some movies which are literally based on the conception called true story, somehow you can call these movies as the biopic also as the core of the story is based on a single true subject.

Here are the lists of the movies:

#1 Bhaag Milkha Bhaag: The globally successful movie “Bhaag Mlkha Bhaag” of the era 2013 is an Indian biopic sports drama movie based upon the life of the living legend the Flying Sikh of India, Milkha Singh, an Indian athlete who was an Olympian and national champion in running. The film has been directed by Rakeysh Omprakash Mehra and the multi talented Farhan Akhtar in the lead role with Sonam Kapoor and Divya Dutta.

The melodrama turns out to be a blockbuster movie as well the film did critical well also apart from having the very prestigious National film award. Indeed Farhan Akhtar’s realistic performance not only praise by the audiences in fact the Flying Sikh Milkha Singh himself can’t stop himself from praising the actor as well tears come in his eyes while watching the movie. 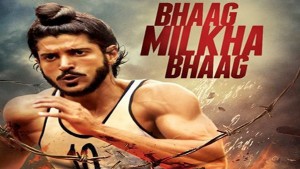 #2 Guru: The Abhishek Bachchan and Aishwarya Rai Bachchan starrer movie “Guru” is reportedly actually loosely based on the life of an Indian Business Tycoon Dhirubhai Ambani who is renowned as a founder of the Reliance Industries along with his cousin in Mumbai and gradually rode to fame and success in business.

The film depicts the hindrances faced by the businessman during his journey of the business. The film released in the 2007 which is directed by Mani Ratnam and Abhishek Bachchan had been seen in the lead role which grab him the Filmfare Award for best actor, apart from the movie had phenomenal success in the Bollywood box office. 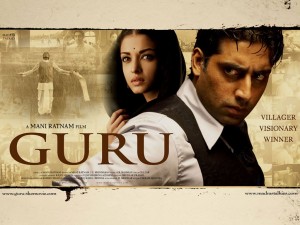 #3 Neerja: “Neerja” is a 2016 Hindi language biographical thriller movie based on the real life story of the martyr Neerja Bhannot who sacrificed her own life to save millions of the passenger’s life. The glamorous actress Sonam Kapoor essayed the title role in the movie and she did her best. No wonder why she received huge accolades for her performance as Neerja Bhanot.

The script of the penned by Saiwyn Quadras, and the direction done by Ram Madhvani and the singer come musician Shekhar Ravijani also plays an important role in the movie. 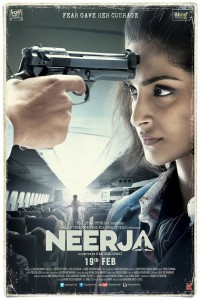 #4 Azhar: “Azhar” is an upcomingHindi language biographical sports drama based on the life of the Indian cricketer Mohammad Azharuddin. The direction of the film Tony D’Souza.

The serial kisser Emraan Hashmi roped to play the titular role in the movie and fans are eagerly waiting to see the actor in this his brand new avatar which is indeed spell bound. 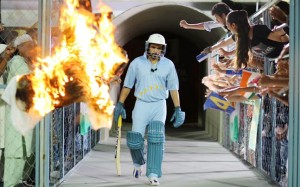 The budding superstar Sushant Singh Rajput portrayed the role of the Dhoni on the onscreen and as per report he done the best job. The “Special 26” and the “Baby” fame Neeraj Pandey is “Captain of the ship” this time and he did the direction up to the mark.

The film is ready to hit theater this year and currently the post production working of the movie is going on. 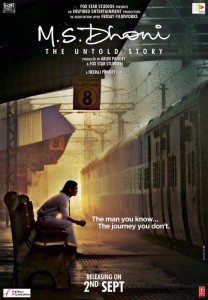 #6 Mary Kom: “Mary Kom” is another biographical sports film based on the life of the Indian athlete Mary Kom. The former Moss. World and starlet Priyanka Chopra essayed the role of the sport person Mary Kom.

The film has been directed by Omung Kumar and produced by Sanjay Leela Bhansali under his own banner. It is Darshan Kumar and Sunil Thapa had been seen in doing supporting roles in the movie. The film depicts the journey of the Mary Kom in her career field.

“Mary Kom” successfully grabbed the Filmfare Award and very prestigious the National Award of the year. 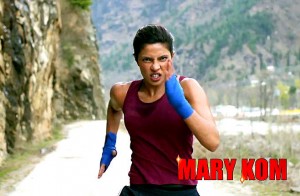 #7 Airlift: “Airlift” is a true story which touted as the Indian war thriller film directed by Raja Krishna Menon, and the versatile actor Akshay Kumar played the lead role in the movie. The script of the movie has been panned by Raja Krishna Menon and he try to depicted the whole incident of the war, and which he subsequently expanded. The film follows the story of Mr. Ranjit Katyal (Akshay Kumar), a Kuwait-based businessman, as had been carried out the mass departure of Indians based in Kuwait during the attacked in Kuwait by Saddam Hussein (Iraq). 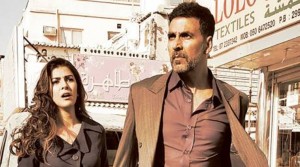 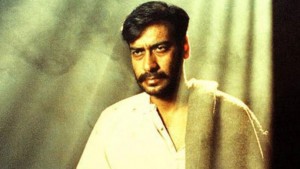