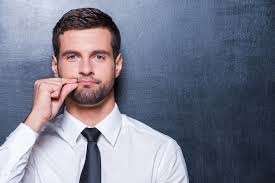 Your Beard Is Patchy

It is very important for women to understand that men do not want to hear that they have a patch beard. Its simple its not their fault that they have such a beard. It was something they have it in their DNA they cant help it.

Never compare a man with another they already know if that are better or someone else is better than them. Its like that question when you say “Is she prettier than me ?” The obvious answer everyone expects is no! you’re the prettiest girl I have ever seen exactly the same wat every guys want to hear that he is the best no matter how much does he deny this fact.

Your friend is very attractive

Never ! Never say this to a man. He already knows that his friend his more attractive and in addition to that if he is getting his friend along than you need to understand that you should not make him feel more insecure than he already is.

His life before you was all in his friends and for a man or a woman introducing their man or woman is a very big step , its like it is getting serious for them and hence you need to respect that and try and like them even if you don’t. If something is bothering just say it.

Never talk about your ex

Talking about your ex makes a man feels he isn’t good enough and is being compared to your ex. He feels you still aren’t over him. Avoid bringing up your past.

It’s funny when you dance

Dancing is something he uses to express himself and if you make fun of that he will not feel free near you.