Terrorist groups are not new to this world. There have been several heinous associations of deadly terrorists around the world since long. For instance,
Al-Qaeda majorly responsible for the 9/11 World Trade Center attack that was the worst attack possible on a powerful country like America. 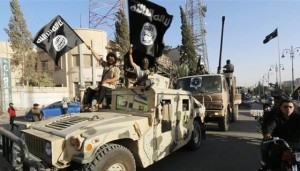 Irish Republican Army responsible for attacks in London killing many.

Lashkar-e-Taiba for the notorious Mumbai 2008 attacks.

Taliban, the categorically different and preposterous terrorist gang, defamed for their anti-women policies and ruthless rule over Afghanistan.


However, there is something different with putting down ISIS, the Islamic State of Iraq and Syria, the Sunni militant group which is anti-western, infidels and Jews. This terror organisation has expanded so rapidly that it is almost incomprehensible for the most powerful politicians and leaders on the planet. While the responsibility of this uprising can be laid on the US invasion of Iraq in 2003, to dethrone Saddam Hussein, the excessive damage caused to the lives of people and soldiers has led to the massively ruthless ISIS. They are full of vengeance and strategical murder. Today, the group is so feared owing to it’s abominable beheading videos, that one single incident, and ISIS rules the international media coverage. Openly threatening the Presidents and leaders of powerful nations, they have amassed massive wealth and control considerable parts of Iraq and Syria.

Reasons why counter-terrorism is getting harder:

1. Collapse of several Arab nations due to the recent Arab Spring. This has led to unending civil wars in countries like Syria and Libya. Syrian ruler Bashar-Al-Assad couldn’t be dethroned even after relentless efforts of the western countries; Libya is the country rules by two different governments after the murder of dictator Muammar Gaddafi; Egypt has witnessed the corrupt Muslim Brotherhood and has now anyhow stabilized; and other unstable ramifications. Each country is embroiled in their own ideological war, giving rise to rebels.

2. Secondly, the commando style assaults of such as the one against the French satirical magazine Charlie Hebdo in Paris, have become very easy to execute. The prime propaganda here is paralyzing the mundane life in such top-notch city and occupying the prime news for few days. With a strength of 20,000 and increasing number of soldiers it is sensationally cumbersome to combat against them. Besides, they have skilled commanders from Saddam Hussein’s officer army.

3. Almost every small of big terrorist organisations have started paying allegiance to ISIS, succumbing to their might and power. Of late, the barbarous Nigerian extremist group Boko Haram ( who have killed 11,000 innocent people in Africa), Taliban Pakistan, Al Qaeda in the Islamic Maghreb, Al Nusra Lebanon, Al Qaeda in Arabian Peninsula Yemen, Ansar Al Shariah Libya and there are more to join every passing day. With the combined power of all these loathsome and outrageous gang, one can imagine how gargantuan their atrocious might has become. 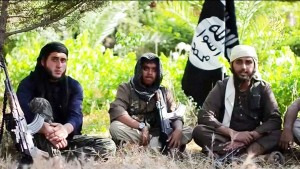 4. The ghastly and villainous beheading videos uploaded by them, creates a sense of terror around the world. This is their prime strategy, instilling fear among all, that will make the ones against them weak and fearful. They have collected infinite wealth through extortion, illegal oil production, ransom from kidnappings, and controlling around 6 million people. Besides, they also steal ancient artifacts and antiquities to sell and make money. All this accentuates their deadly ammunition arsenal and reach throughout their territories.

5. As many hundred radical Muslims from around the world have been recruited in this war against humanity, led by self-proclaimed caliph Abu-Bakr Al Baghdadi(sic) aiming to establish a caliphate according to the ancient Sharia Law. Small children and women are seen with Kalahsnikovs and annihilating weapons in their area.

Even if ace enemies US and Iran have cooperated with each other against ISIS, the deadly drones, army and intelligence support hasn’t helped much in rescue rather infused aggravation. The unsettling brutality over the western journalists, Jordanian pilot, Japanese hostage Kenzi Goto and other such victims, are open display of their fearlessness. 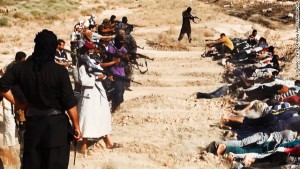 This alarming radicalization and militarization has been rampant, and has shocked the world. It is still a mystery that what makes youth, men and women from 81 countries sacrifice their lives into this deadly propaganda war. With such transcendence of human resources, it has become increasingly difficult to stop their contemptuousness. 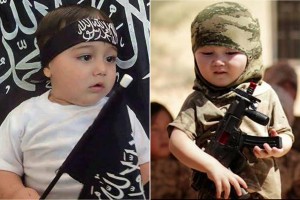 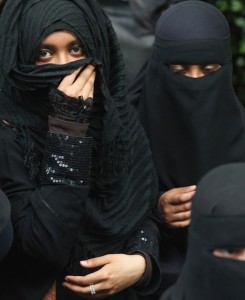 6. Active social media strategy with several ideological followers who secretly admire their barbaric eccentricity makes them more powerful passively. Surprisingly, they have employed experienced people with knowledge of media and marketing, Al Hayat Media Center being their operating pivot. Wide social media networking, effective campaigning, and persuasive recruitment videos are openly challenging tactics, that are so methodical that people rush into their own graves, expecting it to be an adventure. 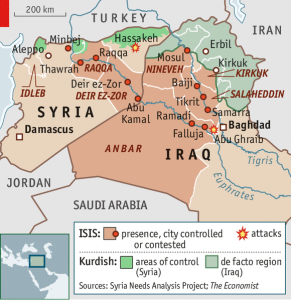 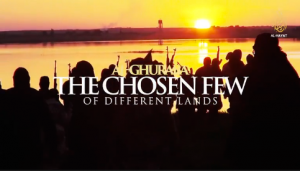 7. Western techies also say that they are losing on the technological edge to monitor their activities, communication and hideouts. Tech companies have increased cyber-security by default and that encrypted sophistication has helped the militants too.

Evil has to end, and so will ISIS. Killing, murdering, raping and destroying, if this is all terrorists want, they will be stopped at any cost.