Note- The following article tires to summarize the points made by Dr. Shashi Tharoor. It does not recreate the whole 15 minute of that video. The author has also included his own views and some of his understanding of that video. 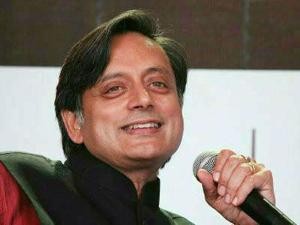 Dr. Shashi Tharoor has always been a favorite of media’s limelight, either in something very positive or something controversial. In this month of July, he took every social networking site with the storm by his speech at the Oxford Union Debate. The video, which went instantly viral, was about him speaking on why British owe reparations to India. This article will try to summarize the points put forth by him in a text format for all those who missed the amazing video (https://www.youtube.com/watch?v=f7CW7S0zxv4).

Reparation is not a new word in the dictionary. Knowingly or unknowingly we have come across the act which this word refers to. With any mass tragedy, one of the sure-shot lines that we read in the newspapers is that the Government has decided to give xyz amount to the next of the kin who had died in this tragedy. This giving of money to compensate the wrong doings by someone or something, the act of taking responsibility for that and to give a token of feeling sorry is what the word “reparations” stands for.

Now, as we have understood what this word means, we can read about the points which Tharoor raised during the speech:

The people may stand for the motion or against it, but they all are going to agree on one thing that Dr. Shashi Tharoor is one hell of a speaker. He did not kick start his speech by directly jumping on the topic. As he was the seventh speaker in the debate, he took some time to set the mood and to divert the environment by some witty humor.

“I rather feel like Henry the eight’s last wife. I more or less know what’s expected of me, but I am not sure how to do it differently?”

After the mood was set, the audience had his attention; he then started countering the arguments made by the opposition one by one.

The first point he raised was that how being a colony affects the economy of a country. He did not have to go far to fetch the examples as the data from India was staring blankly at him. India’s share of the world economy before she became a colony of the British Empire was 23 %, and after the Independence it came out to be below 4%.

These mere numbers on a very broad sense may not infer much, but if one gives a real close look to it, he can understand what it meant to be turning from “a golden sparrow” to “a ragged and tired bird”.

He continued by stating that the rise of the British Empire was built on the very foundation, which suppressed India. The very concept of Industrialization came into reality when they “de-industrialized” their own colonies.

Before the merchants became rulers, India’s weavers used to enjoy a reputation never earned by anyone else, their quality never matched by anyone else. Britishers came, they conquered and they smashed the tools of those weavers, their own livelihoods, the cruel taxes became the monsters of their nightmares. The reason was simple- they did all that, so that, far across from India, the British Empire could prosper as the world leading exporter of finished cloth. And at the back stage of it, India was forced into to be the biggest importer of the products from them.

Robert Clive, who is credited with establishing the military power of the British Empire in India as well as the reason behind the various unspeakable atrocities committed by him on the locals, was given another credit by Shashi Tharoor. The inclusion of the word “loot”, in the English language as well as in their habits was the last, but not the least things he took from the country.

The Empire bestowed the title of “Clive of India” which was the front for his achievement of bringing the nation under the colonial power. The result of this was that the by the end of the 19th century, India became a “cash cow” for Britishers who just kept on milking the luxuries whenever they ran out of it. The conclusion- There was nothing left for her own children.

#3 – We paid for our own Oppression

The scene then shifted to how India was the sole source of the highly paid jobs of the British Civil servants. The undying greed to enjoy the luxury was satisfied by taking the riches of the country, imposing heavy taxes on this land, and securing all that ill-earned or stolen money from the Indians to fill the chest of those in power.

Energy can neither be created nor be destroyed. The colonial power destroyed the source of the energy of the colonies and used it to fulfill their own needs.

The money from the slave economy as pointed by the speaker became the basic source of income of the Victorian families. The condition was such after the slavery was abolished, the compensation of about 20 million pounds was paid to the families who had lost their “properties” and not to those poor souls who had to give everything and lost everything during the time slavery was ongoing.

The powered punch came when Tharoor mentioned that even the Wi-Fi password which is in the honor of Gladstone (William Ewart Gladstone), a liberal politician whose family was benefited from the so called compensation.

The colonial power not only started a regime of cruelty and inhuman behavior, they were also the cause of many man induced famines. The Bengal famine of 1943 (during the World War II), is the best example to study how these powers had cared almost nothing about the chilling cries of the empty stomach.

The famine, which swallowed around 4 million people, could have been averted, if Winston Churchill had not diverted back the supplies to Britain to feed their own people. As per Tharoor, he deliberately did not send any aid or any relaxation to India and had just let the people die in their own filth. Even after some conscious Government people tried to bring the seriousness of matter in front him, he replied to them by saying that why Gandhi is still alive.

#5 – Even God couldn’t trust the English in the dark

Every colony no matter what the circumstances are, they had never been a reported argument that has not suffered lack of human rights during the colonial rule. Even after that, especially in the case of India, they were forced to fight for Britain in World War I. Shashi Tharoor quantified the post-war effect by stating the horrifying facts of the war.

One sixth of all British force were Indian.

No information on other 4,000 Indians.

At that time, the Indians had to generate the tax amount of 100 million pounds to satisfy the war needs of their rulers.

1.3 million Personnel served in the war which wasn’t even there war.

With all the knowledge of accounting and Mathematics, the amount that Britain owes India for both the wars came out to be in billion pounds (of today’s time), of which not a single dime has been paid.

Not only that, even the railways and roads developed was not meant for the people living in that particular country, but for those strangers who just wanted a means to transport their goods from ports to the industries. The colonial power has argued that if not for them, these colonies would never have enjoyed the emerging technologies. Shashi Tharoor replied brilliantly to that by saying, “Many countries have built railways and roads without having had to be colonized.”

There was an argument that the Britain has given aid to India. To that Tharoor said that the aid given is 0.04% of India’s GDP. The nation itself invests more than the given aid on the fertilizer subsidies.

Every war leaves a huge scar which takes more time than the time taken by the actual war to heal. The resulting recession, psychological damage, the pain to start from the beginning are just the surface of the problems faced by the nation who has just risen from the traps of being a colony.

The colonial powers just can brush aside the starvation problem they had created in the nations by blaming it on the people. They cannot take credit for making a nation democratic by ruling it for 200 years. The democracy was not given; it was snatched from the rulers. And at the end you cannot give excuses that by giving reparations, the country will use that money to invest in something evil.

Is the idea of giving reparation is more of a fantasy tale which only needs to be debated and not actually to be seen in action? No, the ideas of reparation have already been seen. The Germany apologized to Poland for the atrocities committed during World War II. Even the Britain has followed the same footsteps by paying reparations to New Zealand.

Tharoor ended the debate by saying that in no way the atrocities can be weighed against money. The human life is too expensive for that. But still, acknowledging that the wrong doings has been done and the accused is feeling sorry for the actions of the previous generations, are the words more golden and beautiful than the materialistic treasure.