The PC, as a gaming platform, has had something of a tumultuous history. Despite struggling somewhat in the early 00’s thanks to console competition, the popularity of digital downloads and online multiplayer has thrust PC gaming back into the spotlight in recent years.

By far the most dynamic gaming platform available, the PC has the advantage of being totally open in comparison to the consoles. This has not only allowed indie developers to more easily release their games on PC, but it’s also given players the opportunity to release mods – labours of love that can change the original game significantly.

In this list, some of the greatest games ever released on PC are described.  There’s a lot of choice when it comes to the three decades or so of PC gaming history, but below every title in these 7 titles has earned its place in one way or another may in terms of graphics or in storyline.

1. Minecraft (2009-2011)
The leading game that kick-started the indian revolution of the last half decade or so, Minecraft has grown to become a cultural icon. Giving players almost unlimited freedom, Minecraft’s true strength was in providing a solid platform for creative expression.

Minecraft is at its strongest when played online with others, and completing a colossal building project with a team of friends is one of the most rewarding experiences in the world of gaming. It also has an expansive, committed modding community, who have brought some tremendous improvements to the game. You’ll often find yourselves revisiting its loveable, blocky universe.

2. Grand Theft Auto V (2015)
Grand Theft Auto V is, without question, the most involving, top-to-bottom, start-to-finish, out-of-body experience ever presented in a video game. Every time you venture into its massive, fully realized universe, a searing, often hilarious satirization of everything that’s senseless and broken with the Western world, you can’t help but lose touch with your own current reality. The town you inhabit, the room you’re in, the piece of furniture you’re playing on, they all disappear as soon as you load a save file. This is virtually unrestricted, extremist escapism at its finest, a secondary form of our planet that you can visit whenever you want, letting loose both your buried wild side and the fervent desire to pursue a unique manifestation of American aspirations and skewed social justice through the eyes of three very different, oddly sympathetic individuals. Not only is it the best game of the landmark series, but one of the greatest games ever made. 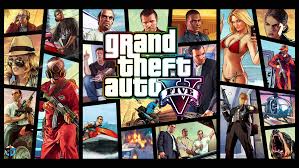 BioShock  had greater narrative and thematic ambition than any previous big-time first-person shooter. But the real magic came—as it always does in great art—in how it was told. The FPS is well-suited to immersive exploration, and every corner of BioShock had some detail that expanded the story. Even the enemy AI, which gave all NPCs background tasks, convinced the player that Rapture was a world going about its business before being interrupted by your murderous intrusion. And no game has ever been so smart about cutscenes, the bane of most narrative FPS titles. Bioshock elegantly led you through its levels with subtle environmental cues, and when it took away control, it did so for a very good reason. 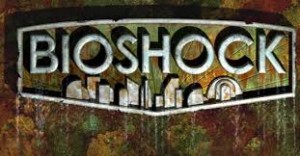 Counter Strike: Global Offensive remains a fantastic update to a timeless classic that continues to live on thanks to its vast online communities. A well-rounded tactical shooter that builds on the simple Terrorists vs Counter-Terrorists gameplay mechanics of Counter Strike 1.6 and Counter Strike: Source, CS: GO updates classic maps such as Italy and Dust while keeping adding new modes in Arms Race and Demolition. Simpler than Battlefield but more nuanced than the Call of Duty franchise, it’s a shooter for those who like to run, gun and think – if only a little bit. 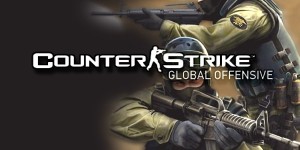 5. Max Payne (2001)
On a winter’s night some months after the death of his wife and child, renegade DEA agent and ex-cop Max Payne takes to the streets of New York on a bloody Punisher-esque quest to avenge his family, cleaning up the corrupt city and uncovering the conspiracy that cost him everything. Combining graphic-novel noir storytelling with addictive Matrix-inspired “bullet time” gunplay, Max Payne still stuns for its rush of varied visual poetry. At the push of a button, Max moves and aims in slow motion, giving him the edge against his trigger-happy enemies, and these endlessly replayable sequences evoke the fantasy-fulfillment of playing Neo in The Matrix‘s infamous lobby scene, or as one of John Woo’s renegade heroes. 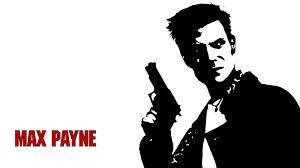 Before him lay two bodies. One is his nemesis, a deranged serial killer behind fanatical displays of destruction, the other his lover, a once-innocent girl caught up in the plots to overthrow Gotham. Only one matters to him, and Bruce Wayne carries his body out of the tomb for everyone to see. Arguably the only downfall in Batman: Arkham Asylum was its finale, a tonally and narratively incoherent victory against the Joker that went against the bleakness of everything prior, but not so with follow-up Arkham city, which boasts one of the most aggressively nihilistic endings in the history of the medium. As the game’s setting expands from the smaller sanitarium to the larger city, so does the sense of hopelessness for the characters, rendering every victory pyrrhic in nature. 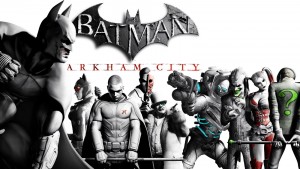 Most Wanted, like other Need for Speed games, is essentially a driving and racing game, where the player selects one car and races against a time limit or other racers to reach a destination. Police chases have once again been integrated into certain racing sessions, in which the police employ vehicles and tactics to stop the player’s car and arrest the player As players take control of faster cars and increasingly rely on nitrous oxide speed boosts, the oxide meter now refills automatically for the first time since its introduction in Underground, and driving sequences become fast-paced and intense similar to the Burnout series. Not to forget remembering about the Blacklist option in the game, this makes the game superb and different than other racing games. Have race with them and own their car after you win..!! 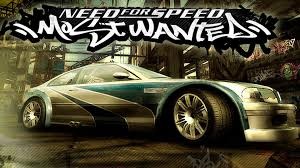