“Your time is limited. So do not waste time by living somebody else’s life” —-Steve Jobs 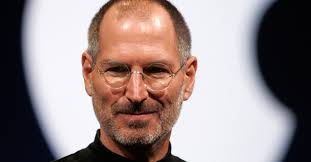 Steve Jobs, the ex-CEO of the tech giant Apple Inc. is known all over the world for his dynamic leadership and skills. He is undoubtedly the mastermind behind the legacy of Apple. The charismatic and widely appreciated leader breathed his last on October 5, 2011. Nearly after 4 years of his death, the cofounder and ex-chairman of Apple Inc. is remembered and revered for his judicious choice of correct actions that obviate the traits of anxiety and shame. He was a multifaceted and a versatile entrepreneur who always dreamt of ruling the technology domain by focusing on developing engrossing and user-friendly products. 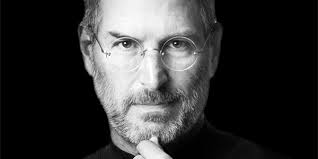 Well, jobs was never an entrepreneur known for firing people. He always encouraged budding programmers to think in an innovative way to develop out of the box products. If an employee failed to meet the expectations of the company, more often than not, jobs would just give them a chance to improve and iron out the chunks. Interestingly, after having kids, Jobs never fired any blue blooded employee. Well, a great emotional bond!

Steve Jobs is known to the world for his vision. His oratorical brilliance often resulted in jaw-dropping faces and awe-inspiring expressions. However, he never liked addressing people. His commencement speech at Stanford University in 2005 bespeaks Jobs’ oozed affability and heightens his dignity.

Steve Jobs is an inspiration to many young technocrats and aspiring entrepreneurs. But have you ever ticked your grey cells to scout out the mastermind behind Jobs’ legacy? Well, let me let the cat out of the bag- It was none other than his father – Paul Reinhold Jobs. Manifestly, Jobs mastered the art of paying attention to detail from his father.

Steve Jobs funded Pixar Animation Studios. Pixar went onto produce Toy Story trilogy- an illustrious comedy-adventure animation trilogy. Well, it is an ‘absolute must watch’ trilogy. Here is another fact that unleashed an enormous extent of good- Walt Disney acquired Pixar in the year 2006. Do you know who headed the board of directors? Well, I don’t but Jobs played a vital cameo and went to seal a place in the board of directors.

Steve Jobs’ vision grew by leaps and bounds only to foster gallantry thoughts. Steve Jobs once considered to buy Yahoo. However, little is known to the world why the issue of acquisition took a backseat in the profoundest sense.

Well, Apple might have missed a legendary cofounder had Jobs worked as CEO of Google. Larry Page and Sergey Bin, wanted Jobs to guide them to the path of glory. Jobs agreed but refused the designation of CEO. However, when Google started to compete with Apple Inc., Steve Jobs became cautious and felt betrayed. His momentary pangs of guilt prompted him to focus only on his deliverable rather than minding someone else’s business. Yes, Steve Jobs meant business!

Jobs was well versed with the necessary technical acumen to code iOS devices. Despite his expertise in programming, Jobs never coded for Apple devices.

Let me sign off by quoting one of the celebrated witty sayings of Jobs – “Deciding what not to do is as important as deciding what to do.”