Today we are talking about two of our favourite business leaders Elon Musk and Jeff Bezos. You probably have heard about both of them as they are famous tech giants and billionaires. Where Elon owns a big electric car company Tesla Jeff owns Amazon.

Both of them also have something in common as they both own space exploration companies Blue Origin by Jeff and SpaceX by Elon although they have the same goal about humanity’s space program their approach is different.

So without any further due let’s Dive into 7 Differences Elon Musk and Jeff Bezos have:

Jeff Bezos: Jeff Bezos is as American as an apple pie. He was born and raised in Albuquerque, New Mexico, USA. He also started his company Amazon in the USA.

Once he completed his study in Canada after 3 years he moved to the USA where he started his next business ventures. Elon became a USA citizen in 2002 and for that, he’s so grateful for the USA stating in one of his interviews that “he cannot achieve everything he has in any other country of the world”.

During an interview, Elon has also said that “The USA is the greatest country that has ever existed on the planet earth”.

Jeff Bezos: Jeff Bezos had a very happy childhood. He was confident a straight-A student, who also made a farewell speech at his graduation. Everybody seems to love him and had a pretty decent childhood. His love for technology also goes back to his childhood when he had turned his parent’s store into his Science and electronics laboratory.

Elon Musk: Unlike Jeff, Elon had a very different childhood. As he was mostly seen as a nerd and was bullied on various occasions. Once he said that during his childhood he was pushed from the stars and lost consciousness afterward.

But like Jeff, his love for technology also goes back to his childhood. He taught himself programming at the age of 12 and sold his first video game at 500 dollars.

Jeff Bezos: Jeff founded his company amazon by using his own money. Once he started his company he got investors to invest in his business, his parents also invested in Amazon and now they too are billionaires because of that. Jeff has also founded Blue Origin Company which makes space Crafts. 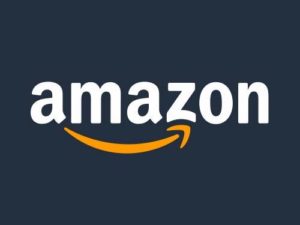 Elon Musk: Unlike Jeff, Elon didn’t start Tesla but invested in that. When Tesla was not even 1 year old Elon saw the potential into the company’s future and provided 98% of Tesla’s funding. He got that money after selling his previous companies like zipping and PayPal. Apart from this Elon has founded a non-profit company Open AI which is an friendly AI developing company.

Apart from this, his vision is 1 Trillion Humans living in space stations inside our solar system while getting resources from different planets.

Elon Musk: Like Jeff, Elon also owns a space exploration company SpaceX which is currently working on making space travel cheaper for passengers and colonizing Mars with a self-sufficient colony and having 1 million people living there by the end of this century.

Elon Musk has also said that he too would like to travel to Mars during his lifetime and because the distance is far too great for a return journey he will die on Mars. 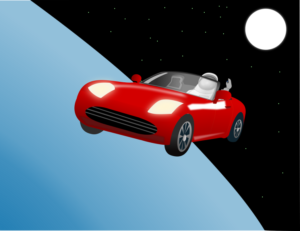 Over the year Elon and Jeff have fought over so many bidding wars like the 2012 NASA space launching pad which Elon won and took on the lease for 20 years. When it comes to having edge into space race SpaceX has the edge with their successful testing in 2018 with Falcon heavies Rocket which sent with his own Tesla roadster attached and David Bowie’s song Oddity playing on a loop, into space with its final destination to Mars.

Jeff Bezos: Amazon gets his 40% energy from renewable sources and apart from that they have their wind farms which generate electricity 27*07*365. Company’s CEO also said that Amazon aims to switch their company delivery vehicles by Electric Vehicles and for the company to become carbon neutral by 2040.

Elon Musk: Where Amazon is dedicated to converting into Carbon Neutral by 2040, Elon’s commitment to the environment is on a different level. One of his companies Tesla (an electric car company) is all about fighting the negative effects of climate change due to vehicle Carbon Emission and other company SolarCity is a subsidiary of Tesla which manufactures Solar Panel. The solar city is the largest solar panel company in the USA. Apart from that Tesla also has installed the world’s largest renewable energy pack in Australia.

Jeff Bezos: Jeff has invested in the stock market and a variety of businesses even one can say that his mind-blowing fortune came from these strategic investments. Over the year he has invested in some of the most successful companies he has funded to are Airbnb and Uber which indicates he knows how to invest in a winner.

Elon Musk: On the other hand, Elon does not invest in a business he’s not directly involved in or working on. He only put money into start-ups he’s directly involved in, some of expels is his famous company Tesla which is an Electric car manufacture company. Apart from that he rarely seems to invest in start-ups he’s not part of. During an interview, Elon has also stated that “he has no interest in the Stock market”.

Jeff Bezos: In the past, Jeff is highly criticized for being a bad employer since he is a very tough boss. In 2018, it was pointed out that lots of his employees were surviving on stamp foods which are not so great.

Apart from this Amazon has been accused of tax avoidance and being anti-comparative. It is said from time to time that he’s a highly demanding boss. In 2018 when Amazon became the richest company Jess told his employees that even if Amazon is number 1 company today but it doesn’t mean that it will be into the future unless they work very hard towards customer satisfaction.

Elon Musk: Elon is also said to be a very demanding boss but unlike Jeff who receives criticism Elon inspired loyalty by his employees. Apart from being highly hard on his employees he is also very hard on himself and has high work ethics. He sometimes works 120 hours a week and also sleeps on his office floor. Apart from this Elon is highly charitable and has done pretty nice donations over the year.

So here were 7 differences between Elon Musk and Jeff Bezos. I hope you liked it and got inspired. Please share these with your friends.

Is Nursing The Right Career For You?