“For the Watch”, three words that have shocked the entire fan-base deeply. We are all shaken and thrilled to the core of our minds by the season finale of Game of Thrones. Mr. Martin has succeeded again in fading all the fan theories to dust. Mother’s Mercy has been declared more horrifying than the Red Wedding. Every character’s life in on a cliffhanger and we can only imagine what the next season and book would bring. Jon Snow is/was (we don’t know, do we?) by far the most liked character. The makers of the show and Mr. George Ruthless Relentless Martin have succeeded in making us all believe that this show thrives upon the beliefs and fears of the viewers. They want us to accept that the most beloved character is dead.

But here are few theories that may make you believe that he isn’t dead:

1. The most obvious one, Resurrection by Melissandre 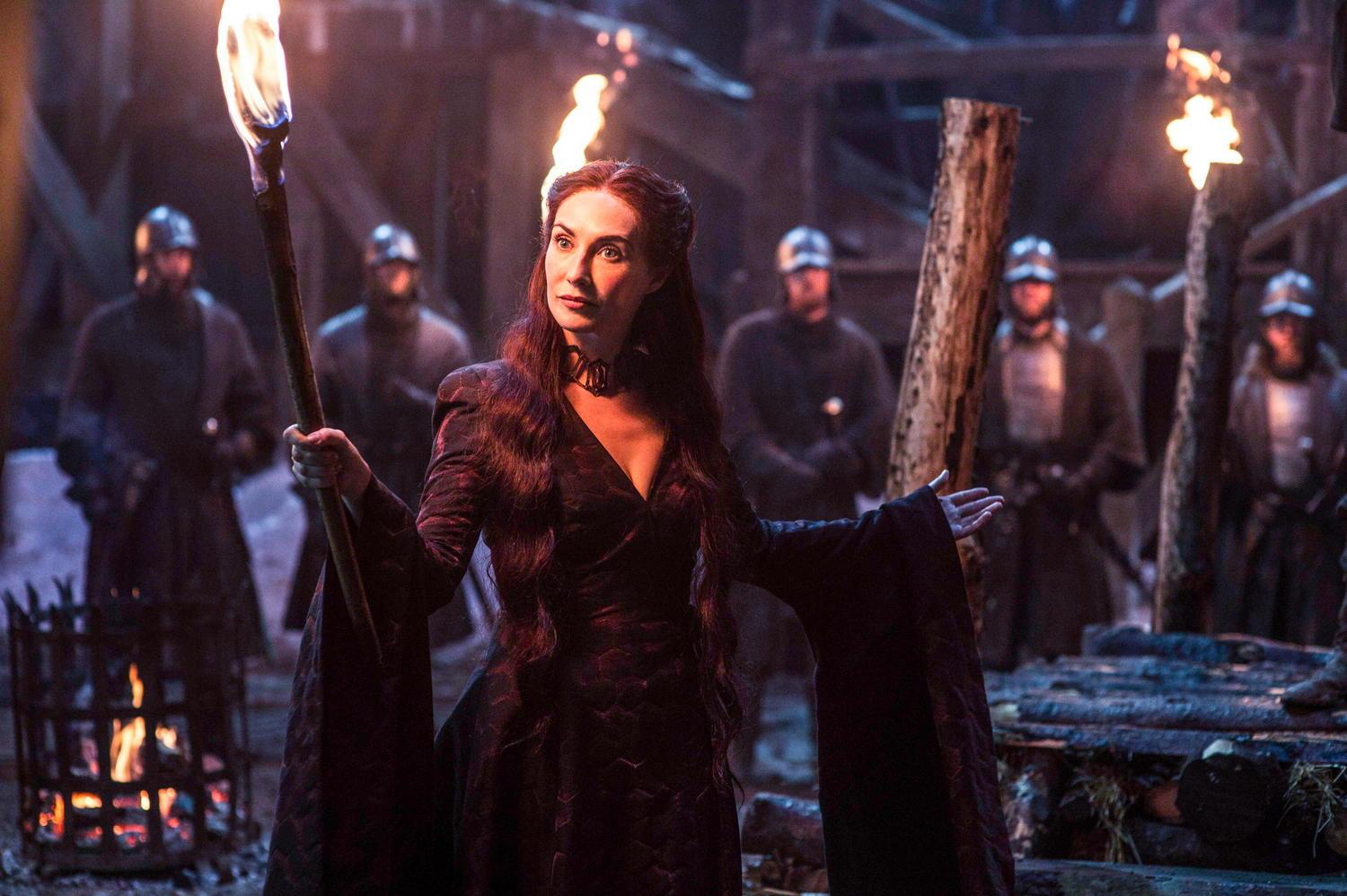 We all saw the Red Priestess, Melisandre coming back to Castle Black to inform Jon and Ser Davos about Stannis’ fall. If her purpose of coming back was only to convey the information then a raven would have sufficed. However, she sensed something special about Jon and in popular opinion, saw something to do with Snow or Jon in the flames when she looked for Azor Ahai.

If Jon is really Azor Ahai then Melisandre would try to resurrect him. Remember Beric Dondarrion and Catelyn Stark (Lady Stoneheart according to the books) ? But this is too predictable and obvious and as we all know that this show is anything but predictable. However, she might try the ritual of the last kiss on him that brings back dead to life.

But this in highly unlikely. Although, in order to bring Jon Snow as Azor Ahai back to life she might give up herself to the Lord of light.

2. Bran and the Children of the Forest

Bran Stark has green-sight i.e. he can see the future. He was last seen in Season 4 with the Children of the forest. History tells us that the Children have immense powers and they helped Bran the builder in building the wall with their magical powers to keep the Others out.
Maybe, just maybe, Bran foresees what was going to happen to his brother, Jon and asks the Children for their help. They want to keep the White Walkers away and Jon is the one who can truly fight them. He has proven that he is no ordinary Lord Commander of the Night’s Watch. He has true potential and is most likely the second head of the dragon. Perhaps, Bran succeeds in convincing them to use their powers in bringing him back to life.

Kit Harrington, the actor who plays Jon Snow, has a contract till the 7th season with the show. And we all know that contracts are binding. If the contract is binding till the seventh season that means Kit is there to stay.  And the producers would, obviously, not pay him a huge amount for nothing till the contract ends.  So either Jon Snow would live or he would be brought back as Azor Ahai or something else. If Kit is a part of it then we most likely would love whatever the character maybe.

READ MORE  How To Optimise My LinkedIn Profile?: 6 Tips

We heard Melisandre assuring Stannis after he sacrificed his own daughter, Shireen that she saw Bolton banners burning. What if Shireen didn’t die for Stannis? Melisandre wanted her sacrificed so that Azor Ahai could win. And clearly, Stannis failed. That means, Shireen died for someone else. This show has taught us that one life ends so that another could live. What if Shireen died so that Jon could live?

*This theory is based upon the assumption that Jon Snow is Azor Ahai.

Although the show does not run according to the books but the season finale left the book and the show on the same page. However, according to the book, Jon’s last word was “Ghost”.  Ghost is Jon’s dire wolf. There are facts that suggest that Ghost is a warg and has green sight like Bran. It can also see the future. Ghost has striking red eyes which is an unusual color for a dire wolf’s eyes. It suggests power. In the cave of the Three eyed Raven, one can see skulls of men and animals including wolves. It suggests that wolves can also warg into other beings.

This theory suggests two possibilities – a) Jon Snow is a warg and after being stabbed, he wargs into Ghost and lives as a dire wolf. Imagine, a dire wolf Lord Commander! Or even better, a dire wolf fighting the Others! Fascinating.

b) Ghost foresees Jon’s future and comes to rescue him before he gets stabbed and whatever we saw  was maybe Ghost’s vision of Jon’s future. It is far too stretched a theory but it is a possibility.

Benjen Stark was mentioned in the finale. He has been long gone. There is a possibility that he joined the Others. Since some legends suggest that the Night’s King is a Stark, Benjen would be given a high-ranking position in the army of the Others. In Hardhome, we saw the Night’s King eyeing Jon Snow. He, too, sensed something special about him. And if Benjen is a White Walker then the Night’s King would know all about Jon. Moreover, since Jon Snow is half Stark, the Night’s king may take him on his side as his descendant. Moreover there is a popular rumor that Night’s king was also a bastard named Jon Snow. Imagine our hero turning into a villain! What would make Mr. Martin happier than watching the fans go mad.