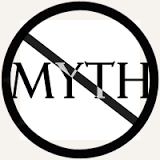 We all have heard innumerable myths no matter where we are from. Now these myths have a vast range. We have heard multiple stories which have no evidence suggesting their occurrence. These are extra ordinary and magnificent stories, which may or may not be true. We can never say that for sure. Here are some of the myths we probably have heard a couple of times in our lives.