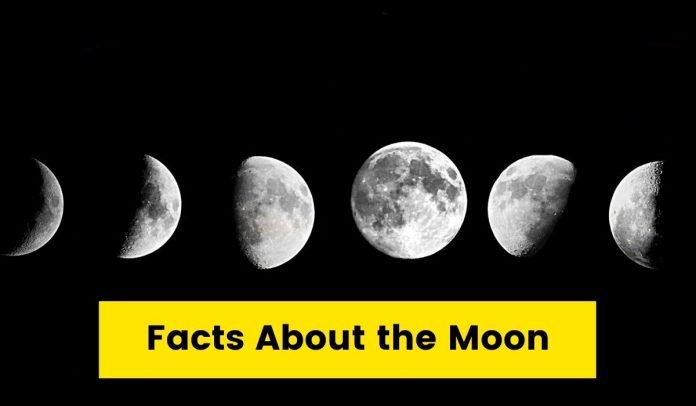 Formation of the moon

The Earth has formed 4.5 billion ago, at that very time there was no existence of the moon. Once a big Asteroid collided with the earth and the millions of pieces spread in the universe. Some of the pieces started revolving around the earth owing to the earth’s gravitational force. Most of the pieces gathered together and took the shape of the satellite called the Moon. It is the only natural satellite of the earth.

Now, have a keen look on some amazing facts of the Moon. You will get here unheard facts which will really help you in collecting knowledge.

What you see doesn’t happen. Actually it appears round but it is spherical in shape. You can just compare with any ball which is slightly flattened. Earlier it was round but due to the gravitational force of the earth, its shape turned to oval.

Yes, there are 12 men who went to the moon. First and last of them was Neil Armstrong in 1969 and Eugene Cernan in 1972 respectively.

When 3 lakhs moon would meet together then it would shine as 12 pm afternoon. The light would be as same as the exact afternoon.

Approx 3.8 million ago, there collided many asteroids with the moon. You know, AITKEN is one of the deepest dents with 2000km width on the moon. You can compare the width to the distance between Mumbai and Kolkata.

If you have 60 kg weight on the earth then it would become 10 kg on the moon.

What Influencers need to know about Angel Amplifiers | Register & Get started