The People’s Republic of China has the world’s fastest growing economy in the world. It started booming the fastest in 2000’s. A lot of insight was needed to foresee its downfall back in 2008 after the Leh Man Brother’s crisis. The global crisis had caused reduction in retail sales, industrial productions and exports in China. But China, apparently started to grow again only to commence its fall in 2010, which continued till its stock market began to go downhill this July resulting in the worst fall in Chinese shares in the past 8 years. Economic growth is slowing faster than anticipated. Considering the big-picture look, this emergency will definitely won’t mark the end of China’s glorious future but a lot many repercussions needs to be taken care of before China takes a leap of faith. Here are a few facts about the hybrid-like Chinese economy and its imminent downfall. 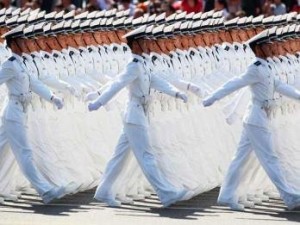 For a country like China, with such huge population the number of investors are relatively small. Also, the market size is incomparable to Western Standards. Hence, there won’t be a total collapse any sooner. Nevertheless, when this Frankenstein-like sell-off is over, the investors would have lost all their confidence in the market perpetuating the GDP growth of The People’s Republic of China till and below 7%.