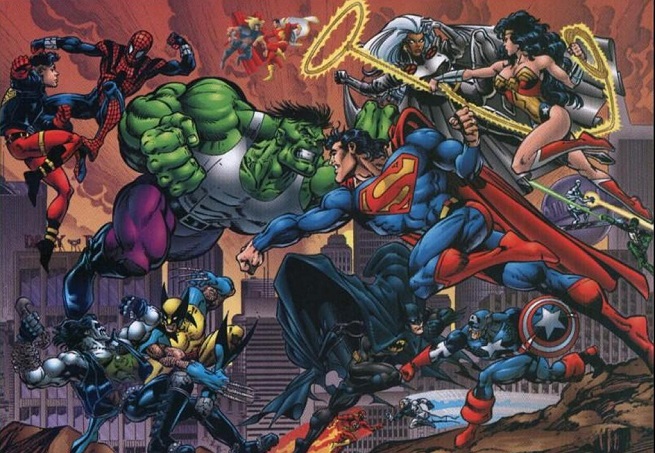 We have all grown up with listening to stories where good triumphs over evil. As kids, we had seen some extraordinary superhero movies that made our  belief in this notion all the more strong. Superheroes have always been a part of one’s childhood. Our childhood fantasies stay with us even when we grow old. Whether it is Superman flying and kicking villain’s butts, Batman on his bat-mobile, fighting criminals or Spider-man swinging swiftly from one building to another, we have loved them all. In fact over the last decade, superhero movies have gone to an all new level.

Here is a list of the much-anticipated superhero movies, we just can’t wait for:

Set to be released on the 17th of July, 2015, it is the second production of Marvel this year. As the name suggests, this superhero would be like an ant – with the ability to shrink in size and grow in strength. What’s remarkable about this movie is that the Ant-man is a founding member of the Avengers and also, a thief.

This master thief has to help his mentor, Dr. Hank Pym in order to protect the secret behind his super ant suit from thieves. Also, they must work together to save the world. This movie has a lot to offer. The trailers are super cool and have left us all wondering about how the movie would turn out.

This is probably the most sought after movie of the whole decade. This movie would bring out Gotham’s vigilante turned superhero, Batman at war with Metropolis’ extraterrestrial being, Superman.

Meanwhile, the world is trying to figure out which superhero it needs. Batman fears that Superman would harm the world so, he goes to Metropolis to hold him accountable. While they are fighting with each other, some other terrors an dangers emerge which ultimately lead to the foundation of Justice League with the coming together of the two most powerful superheroes of all time.

If DC is bringing its two most powerful heroes together, at war then Marvel would not be left behind. The third edition of Captain America franchise would bring Iron Man and Captain America at an open war.

In Avengers: Age of Ultron, we saw Captain Rogers leading the new team. This movie would begin where Avengers left off. The political pressure increases to hold Avengers accountable for the collateral damage and leads to a new status quo which ultimately leads to the fall of the team while fighting a new villain.

This movie would mark the beginning of Marvel’s Phase 3.

It would be very fascinating to see the extent to which both DC and Marvel succeed in making their movies with almost the same plot, different.

It is set to be released on May 27th, 2016. It would be another feather in Marvel’s hat. The plot of this movie is unknown as of now but rumor has it that Hugh Jackman would be playing a cameo as Wolverine in the film.

The X-men franchise is loved by us all and the next edition has already made us impatient and curious about the storyline. X-men Days of Future Past showed us glimpse of Apocalypse played by Oscar Issac. As the name suggests, this movie would focus heavily on his character.

Let’s see what this edition of our beloved franchise has in stores for us.

This movie deserves a special mention here. Although it is not a superhero movie yet it is going to be super cool. This movie would feature an all-villain team called the Suicide Squad fighting for the government in high risk secretive missions. Those of you who have seen Arrow would be familiar with the concept(Remember, Deadshot and Captain Boomerang?). This team functions under the directorship of a top-secret agent, Amanda Waller.

This movie would help us all understand the reason why all villains in the DC Universe roam freely without any superhero watching over them.

Jared Leto’s look as the Joker has already gone viral. This movie has raised all our expectations to an all new level.