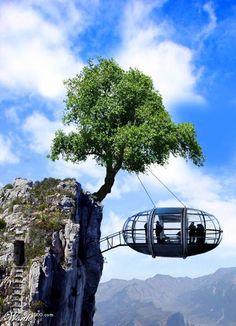 Over the years we have seen the finesse of various painters and architects. Normally, there are certain rules to abide by when constructing a building, so that you know, it doesn’t fall (JK ). When we look around ourselves, it is pretty seldom that we catch something out of the ordinary. The buildings, designs are essentially the same. And so, when something different catches our eye, it is a delight (different in a good way, obviously!). And when the architect brings out his / her artistic side (all of them are artistic, that goes without saying), it is a feast for the eye! Here are some ‘different’ buildings which will surely delight you!

The list definitely does not end here but, these are the buildings with their own flair of something different. You definitely won’t see them just outside your house!

[Latest] Top 23 Games to Play with Friends on WhatsApp