The phase and genre of today’s relationship are changing a lot due to fast paced life and mere zeal to acquire the color of westernization. India is a country where culture and heritage is (was) filled in the roots. Thinking about another partner except your husband/wife is treated as crime in Upanishads and Vedas.  But seems like the generation today not giving that so called “Emotional” touch to the relationships. This emotion is required to keep up the interest in each other and especially trust. One night stands, casual relationships have became very simple things. Nothing is bad until it hurts others feelings, but the million dollar question is does today’s relationship is associated with feelings. Here is a report on the Indian cities where cheating on partner in relationship is very high. Lets have a sneak peak of that.

Chandigarh youth are top in this cheating chart. 47% of boys and 43% of girls in a relationship are cheating on others. However 13% of this average still admits that they love their partners. Well, 8% of this average were cheating as their partners are cheating. Interesting fact is that, the cheating is more in the couples who were together for more than 3 years. Youth there have explained that finding a better counterpart and lacking that magic in the relationship is forcing them to crave and experiment for new things. 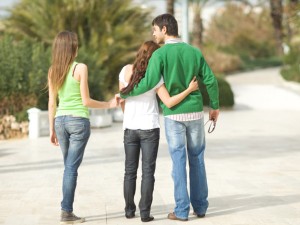 The capital city is giving tough fight with 45% of boys and 44% of girls cheating on their partners. They feel that this is not a cultural taboo and going by your choice is one of the right. Shocking thing is 21% of this average knows that their partner is cheating on them. This trend is not far behind in the married couples too where many cases were being filed for divorce showing this as a reason. However, this trend is very less in the age groups of 25-33 where the people are bounding to their partners. 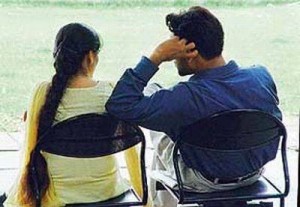 Gawahati is one of the most fastest growing metros in the countries. This city is a gate way for 8 Northeastern states of India. Many of the youngsters here cheat on their partners for thrill. 39% of boys and 33% of girls agreed that they have been cheating on their partners. Gawahati is a hub for employment and studying to the Northeastern states. People leave their roots, flew here and survive. So they are in search of that love where could suffice their loneliness. This has been on of the reasons to cheat when they find their partner is less understanding. 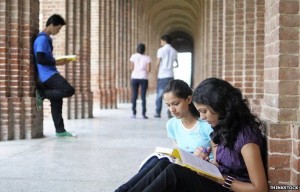 This silicon city of India stands fourth in the list. One night stands have become a very normal thing to the techies here. 34% of boys and 29% of girls have agreed that they have been cheating on their partners. Bengaluru holds the record of having high registrations in the cheating websites like Ashley Madison from India. Many people meet their partners through online. The rate is much higher in the mid twenties to early thirties people.

Pune stands fifth in this chart with 26% of boys and 24% of  girls agreeing that they had cheated on their partners. Many have admitted that they found the love and compassion in other than their partners and that is reason why they are cheating on them. Work pressure and westernization were also the reasons for this trend.

So who’s next ? Mumbai, Kolkata, Hyderabad, Indore and the list goes on., Trust is the only element which holds the relationship, so try building that trust. Trust your partners then love automatically builds up. These trends are far good to tell that our India is developing but again the question is in what sort ? Cheers !!