Ed Sheeran, The Irish blood, English heart songwriter, performer and singer has won more than just million hearts with his music… He has won us over completely with his charm.

Just recently, India had the pleasure (Not so much for some people) of having and hosting Justin Bieber.

Rumours were speculated that even Ed Sheeran… Bieber’s favourite and also the heartthrob of many Indian fans was going to come to India as well!

And the rumours turned out to be true!

Ed Sheeran will be coming to Mumbai, India on tentatively 19th of November this year!

(Still to be confirmed officially)

This article has 5 things you should know about Ed Sheeran… to prepare you for this amazing singer’s coming! 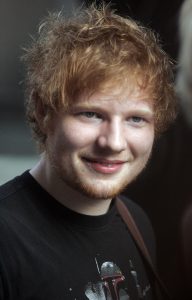 This Young artist, was born in Halifax, West Yorkshire, and later then raised in Framlingham, Suffolk.

Each of Ed Sheeran’s albums are named after mathematical symbol. 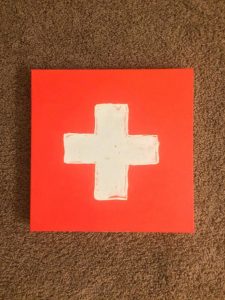 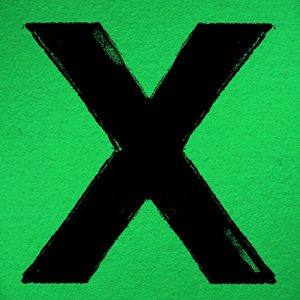 And the most recent Album — Divide ÷

The albums have a single coloured background with the solid mathematical symbol.

Ed Sheeran’s debut album, + “Plus”, was released on 9 September 2011, after his signing with Asylum Records.

Since then “Plus” + has been certified seven-times platinum in the UK.

It peaked at number one in the UK and the US.

Ed Sheeran also received the Ivor Novello Award for Songwriter of the Year.

Ed Sheeran’s third and the latest album, ÷ “Divide”, was released in March 2017.

Not just his albums but even his singles are of great fame. You can put them on repeat and never ever ever get bored with it…because it hits so close to home! (Oh! The feels :’) )

“Plus” +, the album contains the single “The A Team”

This song earned Ed Sheeran the Ivor Novello Award for Best Song. (Best song in regards to both–its Music and its Lyrics.)

The awards were– Song of the Year and Best Pop Solo Performance.

The first two singles from the 16 songs of the album “Divide” ÷ which are– “Shape of You” and “Castle on the Hill”, were released in January 2017.
These two songs were widely claimed. Castle on a hill was loved by all generations.

Both these songs broke various records in a number of countries.

Other of songs of this albums that is– “Nancy Mulligan”, Show how amazing Ed Sheeran really is with his words.
This Song paints a picture about Nancy Mulligan and William Sheeran– Ed Sheeran’s grandparents and their love story through time and by fighting all odds.

“New man” and “Happier” are two songs with melancholic lyrics but you surely will love them both just the same!

“Perfect” and “Dive” is mix-tape worthy for your girl!

“Bibi a be ye ye” is surely to get you on your feet and “What do I know” will change your mind and thinking whist singing that song!

“Barcelona” is a perfect road-trip song!

Nonetheless, you would love each of Ed’s songs… Because each is one of a kind and oh! So relatable!

Not just here at Topcount do we feel so but the entire world feels the same!

These statistics make Ed Sheeran the — “No.1 listened to Artist” in the world.

In March 2015, Sheeran revealed he was setting up a record label. The record label is–
Gingerbread Man Records, which is a deal with Warner Music Group.

The label was launched in August 2015…with its accompanying YouTube channel.

Ed Sheeran made his acting debut in 2014. He played a cameo role as himself on New Zealand soap opera– “Shortland Street” 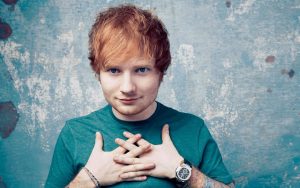 Ed Sheeran was in a relationship with Scottish singer-songwriter Nina Nesbitt.
Nina Nesbitt, was in his music video for “Drunk” in 2012, this was before they both broke up.

And as every breakup leads to killer songs from Adele and Taylor Swift… We got songs from our Beloved half Irish half English Singer as well.

Nesbitt is the subject of Ed Sheeran’s — “Nina” and “Photograph”

Also, this was not one-sided as Nina Nesbitt’s album– Peroxide, is about Ed Sheeran. (At least most of the album if not entirely)

On 21 May 2017, it was reported that Ed Sheeran is engaged to Cherry Seaborn after claims from Russell Crowe in a radio interview.

Ed Sheeran is also to appear on Game of thrones. The singer, songwriter will soon be on this magnamously hit series.
Apart from his concerts, this is something the world is waiting for. (We just hope they don’t kill him/He doesn’t die like everyone else on the show… But that’s just plain wishful thinking… 😛 )

He claims that at first he thought the song was meant to be carried by Rihanna… But as recently JB is growing up and getting matured in his songs… He would carry it in his style.

“That was a song I had written for Divide. It just wouldn’t have made it. And then Justin took it and did his thing on it, and released it as a single and made it what it is. So going from a song that would have never been released to [being] the biggest song of last year — it just became Billboard’s #1 of 2016 of the whole year, and [was] nominated for Song of the Year at the GRAMMYs — it just shows you that you shouldn’t always write stuff off.”

Ed Sheeran has done covers to this song in his voice and the videos are available on YouTube… Links given Below!

Those who pay close attention to Justin Bieber’s Twitter may have also noticed that Ed Sheeran also had a role in another one of the Justin Bieber’s 2016 hits:– the Major Lazer/MØ collaboration “Cold Water”

Apart from this…Alot of controversy followed regarding how

Ed Sheeran has also written, or co-written, songs for many of today’s biggest pop acts. Those including Justin’s album release day rivals One Direction and as well as Rixton, Tori Kelly, and Hilary Duff.

So this was all about Ed Sheeran for now!
Do you want us to do another article on this amazing amazing singer? Maybe about his songs?
Leave us your answers and some love in the comments below!