If you are a 90s kid, there is no chance in the world that you have missed watching Kuch Kuch Hota Hai. Bollywood has always been able to bank upon subjects such as friendship and this film went a level ahead by saying “Pyaar Hi Dosti Hai”. Now that love and friendship came into the same frame; there was no chance that that the film would fall short of being anything but an epic hit and so it did. It became the obsession for almost all 90’s kids and for some it still remains that way. Whether you were in school or college when this film hit the theatre, there have to be at least 5 things out of many others that each and every one of you did after watching the movie.

The 5 things that every 90s kid did after watching KKHH:

There were a whole lot of things that made people go crazy about the movie. Everyone started to incorporate some or the other aspect of the movie into their lives, and some of these things became an absolute must for the 90s kids.

There is no chance in the world that you never went crazy for those funky friendship bands. Kuch Kuch Hota Hai made it an absolute sign of friendship, and you had to exchange many, throughout the year and especially on friendship day. People also started making friendship bands for themselves and retailers started selling a whole bunch of them all the year through. Thanks to KKHH it seems like a whole industry bloomed for at least a decade or so, before the craze for these friendship bands faded. 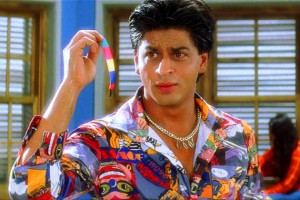 Girls soon started classifying them as either the Tomboyish Anjali kind or the girly girl Naina type. Hoodies came out of the wardrobes in the summer itself and found their place knotted at the waist. Boys could fight to get their hands on the last green, and blue, body-hugging polo t-shirt in the stores and paired them up with waist pouches that were ‘oh so cool’ back then. Girls screamed out for mini dresses, and Naina made them look so very hot. Mini- skirts or tracks teamed with tees were all that you could see in colleges during that time. The second part of the movie had a whole different set of fashion, and that was more for the grown-ups. People soon started flipping their tie ends backwards and carrying their office bags in a whole new way. 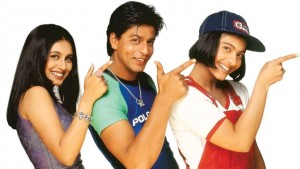 There was nothing more important than being cool in the 90s and KKHH took it to a whole new level. Everyone wanted to own that “Cool” neck piece owned by Rahul (SRK) and impress their schoolmates. Ferrero Rocher was THE gift every guy was gifting to their girlfriends or the ladies they wanted to impress. Being cool did not stop here. If you owned the guitar, you sang Raghupati Raghav Raja Ram in the worst accent possible with a whole group of friends till your neighbours went absolutely mad.

Basketball became THE GAME to play. Kids across schools and playgrounds welcomed the games with welcome hands and tried to redo the moves that Rahul and Anjali performed on the screen. While KKHH brought with it oodles of merchandising and fashion, it also made a sport like basketball very popular in a country, where it is not a mainstream sport. 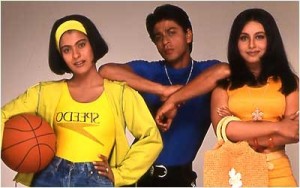 Kids throughout India secretly wished that they could visit Shimla for their first summer camps. The “Singing and Dancing” had all the kids grooving to the tunes of Kuch Kuch Hota Hai. There is no 90s kid who did not plead with their parents at least once to be sent to the summer camps, after watching the movie. 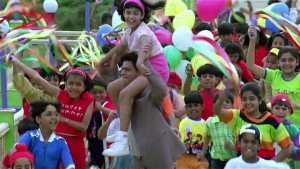 There are also many other things that 90s kids did after watching KKHH, make more friends, keep them and appreciate the value of friendship more. In case that you too are a 90s kid, you couldn’t relate to this article any better. Well, “Kuch Kuch Hota Hai Anjali Tum Nahi Samjhogi.”