Human Immunodeficiency Virus (HIV) possibly one of those diseases which might top in the list of those diseases for which Man doesn’t have a cure. This deadly disease has killed many innocents in the world especially children. HIV is mainly a sexual transmitted disease which occurs because of sex without any precaution with the affected person. There is no such theory from where this HIV has been into human race. Some believe that this HIV has been transmitted by some tribal people in Africa whom have got affected by HIV after eating the meat of Chimpanzee. The HIV virus is incurable and uncontrollable in the human body as it changes it shapes then and their. The reaction of it to the retro viral drugs is also minimal. This virus effects the immunity of the human and makes him prey to other diseases which eventually kills the person slowly bu deadly. It is estimated that more than 35 million HIV affected people are their in the world where India itself homes 2.5 million of patients. This survey gives an insight of those states which has reported more number of HIV cases.

READ MORE  Beat The Heat With These Drinks

Gujarat has more than 90 thousand of HIV patients. Carelessness in people and unsafe sex are the main reasons. The most annoying thing is that many of them don’t know that they were effected by HIV and continued to have sex with healthy people putting their lives into risk. The HIV toll is going high and government is taking special interest to pull it down. 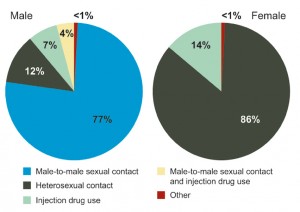 Tamil Nadu has more than 1.4 lakh cases. Their is a spike of increase in the cases in last year and many students are being prone to it. Their is very less awareness in people and some cases involves forced sex. The government and social NGO’s have started some special campaigns to make people aware. 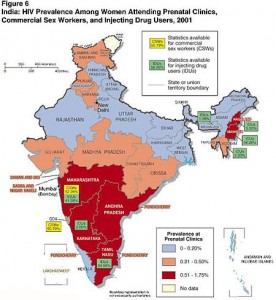 Karnataka has 1.6 lakh cases reported so far. Karnataka is that state which has reportedly more number of affected people below 30 years. Their is utmost negligence by the effected people in taking proper medication too. The teachers are not planning proper awareness sessions in the school level. The government here has started to take special concern on these things to avoid further spread. 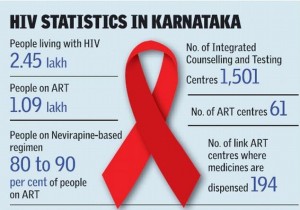 Maharashtra has reported cases close to 1.9 lakhs so far. It is observed that HIV is spreading more from the sex workers. It is also observed that apart from unsafe sex it is being spread through Intravenous drugs which are being injected by injections which are already used. Government here has started to take care and started to create awareness in the sex workers. 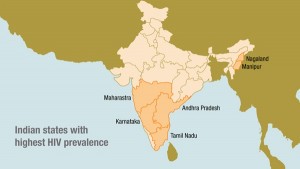 The un-bifurcated Andhra Pradesh has reported cases more than 2 lakhs so far. Even after bifurcation the toll in Andhra Pradesh is more. The HIV is being spread more by lorry drivers who drive across the state’s national highway and workers who come from other states. Both Andhra Pradesh and Telangana states are taking keen interest to reduce the numbers and stop the spreading of the disease. 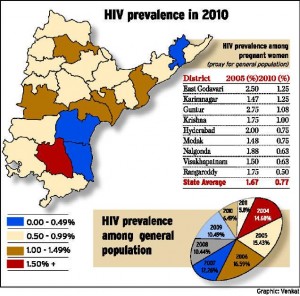 All it takes is a small precaution to save yourself. Be safe !!