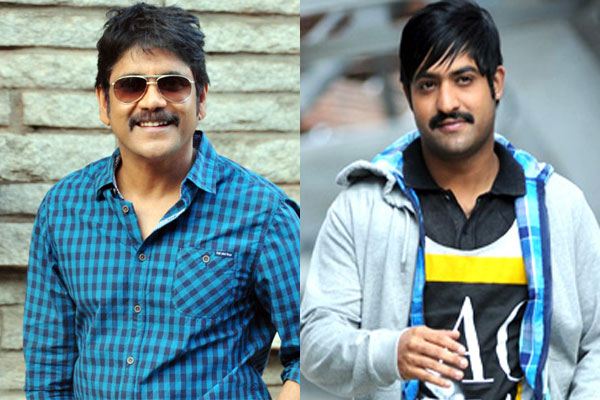 Telugu industry is the second most richest film Industry in the country after Bollywood. Many heroes have their own production houses and own business.

It is a known fact that the Telugu heroes are also the most successful business people. The remunerations received by the star heroes are very very high. It is rumored that the actual remuneration is much higher than we actually here.

These days the heroes are taking the share of the business of the cinema. The heroes are demanding 30-40% depending on their market and budget. However, adding to this the retail and real estate boom has also pumped the values of the properties that heroes own.

Here is the list of Tollywood heroes and their net worth

Chiranjeevi also is known as megastar does not need any introduction. His overall career in acting was equally great as his journey in politics. Besides being an actor and politician, he has tried his hands on singing, dancing, producing, and as an entrepreneur as well. He made his acting debut in the year 1978 and was awarded Padma Bhushan for his eminent contribution to the cinema. The total estimated net worth of Chiranjeevi is equivalent to $ 16 million USD.

Venkatesh Daggubati is an actor who has been satisfying the entertainment of its audience for the past three decades. He is among those actors who are quite selective of his films he takes up. His movies like Drushyam and Gopala Gopala were considered as feathers in his acting cap. He probably charges around Rs. 7 to 8 crores for each of his films now.

Good personality and great acting go hand in hand in the case of Allu Arjun. In fact, it can be said that he is the face of the Tollywood industry youth. With all this excellent quality he has emerged as an A-list Tollywood actor. At present, the charges around Rs.15 crores for his movies. He is also involved in several advertising campaigns through which he earns a huge amount.

During the initial days of his career, the power star, Pawan Kalyan had a dream run of his movies. Although he had his megastar brother Chiranjeevi, he never played on his popularity rather went on to deliver hit after hit. He made sure the scripts he chose were different and he added icing through his performance. At present his charges around Rs. 22 crores for each of his movies.

Nandamuri Balakrishna is a hero that represents the masses where he properly managed to challenge his young colleagues. Being the sixth son of the veteran actor N. T Rama Rao, he was already a known personality who started his career in the year 1974. He is an actor turned politician who represents his father’s political party Telugu Desam Party. His estimated net worth is around $10 million USD.

Prabhas is one of the highest-paid actors in the industry. He acted in Bahubali which was the highest-grossing Indian movie of all time. His net worth is estimated to be around $15 million.

He also acted in Saaho which was the movie with the 2nd highest budget in the country estimated to be around $49 million.

Mahesh Babu is one of the highest-paid actors in the industry. Mahesh babu’s main earnings are from endorsements and opening ceremonies. His family owns Padmalaya studio which is situated in the costliest area in the city.

Jr NTR doesn’t really have much-inherited property from his father. However, his marriage with Pranita, daughter of Studio N has changed his stature. Jr NTR holds more than 1000 crores of properties.

Jr NTR doesn’t hold any business but recently started to invest in his brother Kalyan Ram production house NTR arts. Jr NTR is one of the highest-paid actors in the industry. His net worth is estimated to be around $60 Million.

Nagarjuna is the most successful businessman. He likes to be termed as a businessman than an actor. The estimated property of Nagarjuna’s family is more than 3000 crores. This includes the Annapurna Studios, lavish properties in Bangalore, and other entertainment businesses.

The films done under his production house have become very good hits. The properties inherited from his father were developed by him and those values are very high. His net worth is estimated to be around  $50 million.

Ram Charan is the son of Chiranjeevi, is a person who was born with a silver spoon. But His marriage with Upsana, the granddaughter of Apollo hospital chairman, he became much more wealthy. It is said that Ram Charan holds properties of more than 2800 crores.

This includes stocks in Apollo hospital, properties inherited from his father, and his other business. He had recently entered into the domestic aviation business. His Net worth is estimated to be around $ 193 Million.

Well this list goes with Allu Arjun, Venkatesh Daggubati, Pawan Kalyan and so on.