Truth is always stranger than fiction. Well the reason can be the psychological fact that for fiction, the human brain is already prepared to perceive the scenes and situations as a lie. And lies have a certain appeal to them. There can be one truth, but millions of lies and we are always fascinated by how unique and different these lies can be. The lies become more beautiful when the makers add the tag of “science” before the fiction. As a whole, the crux remains the same, but the path taken differs. Let us take a look at some of those recurring paths

The era of the 21st century marked the beginning of a new era of machines. The foundation and construction did start in the earlier century, but the accommodation in the building, that key event happened now. And with that came the possibility and fear that one day the slave will become masters. 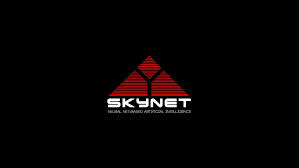 Also with the coming of these slaves, we broadened our horizon. We with full jest started looking for the other life forms out there. Again the possibilities and fear rose regarding what if they did not like our welcome song? The fear which multiplies faster than anything else was portrayed on the silver screen in different kinds of style. Starting from the evil Skynet, to Mimics from Edge of tomorrow, and ending with a start of the apocalypse in Resident Evil saga or 2012. 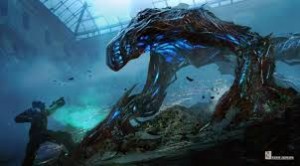 A simple virus for military or the untamed curiosity of humans, whatever be the start of the story, the future does not look so good for us.

The first reason was dealing with the situations leading to the apocalypse. But happy thoughts are not the next item to be served on plate after it. The after effect of the disaster is altogether a new start of challenges worse than what faced during the apocalypse. Killing of divergents, or being left to fight machine monsters in never ending maze or the opening of fighting arena for a lifetime of food supply; the happiness’s price has raised like anything and blood are easy to take.

One great soul has said, “The urge to save humanity is always a false front for the urge to rule.” In real not so sure, but the movies have sure proved this hypothesis.

#3 – What happens if Pinocchio says “my nose will now grow”?

READ MORE  The 10 Most Iconic Cinematic Moments Of Shahrukh Khan

Mostly employed in time travel movies, this paradox is the final weapon which brings the movie to its conclusion. For ex- Suppose there is a man named XYZ. He happens to travel back and as the script demand confronts his younger self. So a chain event is created in which every time the younger self reaches the time of future XYZ, he will jump back in time and again start the loop.

The time travel movies are incomplete without this that even the kids cartoon, Doraemon has also used the concept in one of the episodes. On the higher budget level, Interstellar, Looper, Predestination are some of the movies which have exploited this high level of physics.

The wormhole, which has nothing to with any worm, but do have a hole is the beloved theoretical concept of space movies. The concept is instead of travelling the whole distance by making it constant and varying the time, the scientists bring both the ends of the distance close to each other. The bright side is that this method is a real time-saver which in fact is a fuel saver ultimately leading to be the most economical mode of transport.

The not so bright side is that the things never happen the way you want them to be. By changing the time factor, the things go accordingly haywire. People can lose their mind, you can enter a new dimension or the best one, you open the doors of hell.

The only lesson the parents of monsters has taught them is to go in the world and eat as much as humans as possible. Don’t ever look at the other viable options; as long as you eat humans, your purpose of the life is served. 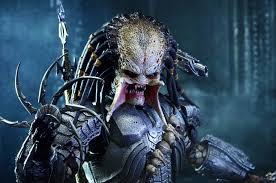 Those deafening screaming, that deadly roar, the splitting of guts, the spreading of gore, the monsters obey their parents better than humans. Predators, Jurassic Park, Evolution, Aliens, have proved from time to time that the sharp teeth on a disgusting face, laced with weapons of terror and the ghoulish hunger was always and will still remain a crowd gatherer.