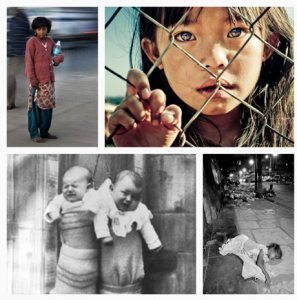 We find these circumstances unceremonious and reprehensible. We curse prostitutes for being shameless and blatant. How could anyone seek money for sex? How can they sustain a barefaced morality? But wait, lets contemplate. Do we know about the plight of these unfortunates and the wrath they face every moment of their survival? Neither can we answer these questions, nor can we feel that inescapable and intangible tribulation.

There is none to take responsibility of their existence but innumerable to raise voice against. A woman has to suffer for the pleasure of men to be rewarded with eternal torture and misery. India is a country where every hour four women and girls enter into the profession of prostitution, three of them against their will. Housing the most notorious red-light areas, our country has a population of around 2.8 million sex workers, each of whose plight is unspeakable and unfathomable.

1. Misinterpreted causes: Poverty and illiteracy are the root causes which drives women into this filthy profession. Looking deep into the various rationale behind this scenario we can find diverse reasons associated with it. Ill treatment by parents, viz., forcible marriage proposals at a very early age, forces girls with runaway behavior to flee from their places. Most of them are compelled to enter into prostitution to earn for living. Besides, impoverished villagers are often incapable of providing reliable grooms to their girls, which leads to their early desertion. Sometimes there is pressure on women from tribal families to rescue them from debt-bondage. 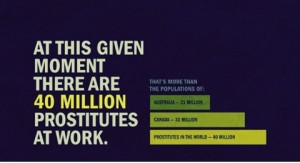 2. Prostitution is different from adultery: Lack of sex-education, economic under-development, sexual molestation and rape are the reasons elaborating the premier reasons for this lewd occupation. Many pitiful women emerge into cities in search of a respectable job, but many of them are denied so, forced to become call girls, bar dancers or escorts, to live a life of slavery and torment. Although the human rights crisis of millions of sex-workers is a major issue worldwide, India continues to be a failure judicially and legislatively. 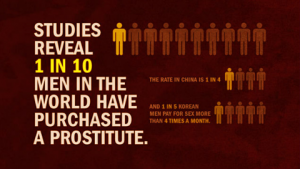 3. Illegal money and slavery has to be curbed and not augmented: Around 200,000 girls are trafficked in our country and 90 percent are sold inter-state. Most of them are used as sex-slaves or sold to brothels. The Immoral Traffic Prevention Act,1956 is incapable of beholding these heinous crimes. According to 2014 Trafficking in persons report, $15 billion is generated from trafficking worldwide. These estimates clearly show that petty crimes subsequently end up into a vicious cycle of enslavement and despondency. 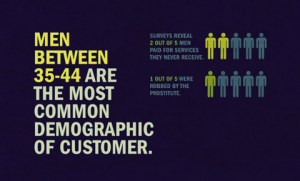 4. Prostitutes will never be accepted by the society: Some statistics about prostitutes are quite disturbing. A survey conducted by Indian Health Organization in a red-light area reveal some. 20 percent of the one lakh prostitutes are children, most of whom are abducted and sold. 6 percent have been raped and sold.2 lakh minor girls from between ages 9-20 were brought every year from Nepal. 15 percent of women in prostitution have been sold by their husbands. Most men refuse to wear condoms or use methods of birth prevention. Of the 200 million prostitutes suffering from sexually transmitted diseases like syphilis, gonorrhea, genital herpes, HIV AIDS, cancroid etc., 50 million belong to India.

READ MORE  Check whether vision11 or Getmega offers you more rewards and bonuses.

Our government is incapable of creating infrastructural facilities for its respectable workers, will it be able to provide accommodation or raise the standard of living for these destitute? As evident that most women are forced into prostitution, declaring legal status to it is unjustifiable. Its different with other western countries, but our nation has a conservative and ideological culture, where sex is a taboo. Never will a sex-worker earn respect and recognition, but will be exploited and discriminated. 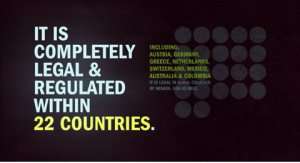 5. The grim disadvantages of female trafficking: If legalized, the condition of women into this opaque business will deteriorate and there will be negligent scope for rescue. It will hardly contribute to the economy, rather sizeable amount of organizations will start recruitment and harboring of young girls into harlotry. Let us take examples of countries that have made this rough trade legal and have had diabolical ramifications.

In Netherlands, organized crime groups are perpetually trafficking women and children into prostitution along with their legal enterprises. Furthermore, post statutory authorization, there has been a increase in the use of children. In Victoria, Australia, legalism of brothels was supposed to eradicate street prostitution. In fact, there are more on the streets now.

It is estimated in Germany that government has lost over two billion euros a year in unpaid tax revenue from the sex industry. Legalization which dispenses health and retirement benefits to sex workers, is into dereliction. Now with the vast population of 3 million sex workers, their unionization in India is completely incompatible with the substandard and rotten nature of this career. 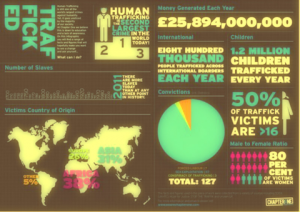 The judiciary has to be instrumental in framing laws and exercise control, over the well-being of the under-privileged prostitutes, that falls in their jurisdiction. In August 2011, World Bank stated that “A girl with an extra year of education can earn 20 percent more as an adult”.The inference is that if rural women are educated and if there is proliferation of awareness among a larger mass in a stringent manner, with zero tolerance for absence,things can change. This definitely seems to be an utopian dream with minimal chances of fulfillment given the lackadaisical approach of authorities over common public. However, it is way better than the dystopian society created by the advocates of legal prostitution.