“I feel now is the best time to retire from the game” said heavy heartedly 34 years Mitchel Johnson when declaring his retirement in Perth after his 2nd test against New Zealand. The Waca is his home ground where he has also represented his home team of Queensland. Mitchel mentioned that it wont be a good time than this to bid adieu for the International cricket. He also thanked all his mates and fans who were on his side during the hardest times of his career especially 2013. Many legendary cricketers have tweeted congratulating Mitchel and wishing him all the success. Mitchel took two wickets in his last test against New Zealand which turned out to be a draw. Here are the five reasons why Mitchel is one of the best bowlers in International cricket ever.

Mitchel Johnson had his debut in One day International cricket in 2005. He had his debut in Test International cricket in 2007. Mitchel is the fourth bowler of Australia to have the best figures in bowling. Mitchel has taken down 313 wickets in 73 tests with an average of 28.40. His career best figures in test cricket are 8-61. This economy is the second best when compared to any other bowler of Australia.

READ MORE  6 Mysterious Beliefs and Conspiracies Around The World 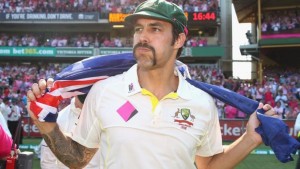 Mitchel Johnson has been given the Player of the Year (ICC) title for two years in 2009 and 2014. He was the second player who has achieved that feet. The first being his former captain Ricky Ponting who has also received the ICC player of the year for two times. 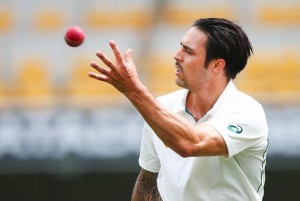 Mitchel Johnson is known for his consistency, line and length. Mitchel has an average bowling speed of 150+ kmph and he had achieved the speed of 160 Kmph many times. Even big legendary batsmen have found difficulty in batting in Mitchel Johnson’s bowling. Usually the pace bowlers will loose their speed when time goes on but Johnson has managed to keep his speed all the times. 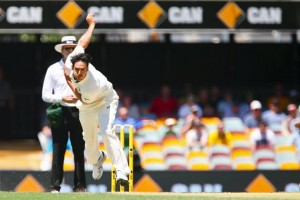 4) A Consistent Batsman too

Johnson was never disappointing with his batting. He has played a key role in winning some matches with his batting too. This left hand batsman has done 2036 runs in his career. His unbeaten 123 against south Africa in 2009 is the best performance ever he has given as a batsman. Mitchel gives his best usually when it is against England and he was the key player in winning 5-0 against England during the 2013 Ashes series. 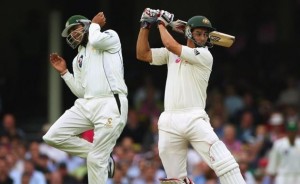 5) A Struggler – A true inspirer

Mitchel has many ups and downs in his career. He has drove a van for his survival when he has lost his contract with Queens land. He had also had many downs during his career. It was during 2012 he had faced a muscle tear and Mitchel says that it is the most down time in his career. He has struggled a lot to get back his speed and attain his position back in the team. 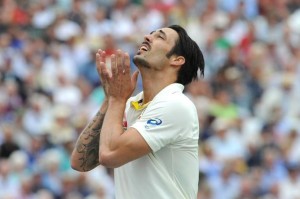