Mysore or Mysuru has again made into news, not with its rich cultural heritage, not with its world’s famous Dasara celebrations. It is again chosen as the cleanest city in India. Swachh Survekshan 2016 has awarded the “Cleanest city – 2016” award to the Mysore. This is the second time that Mysore has been chosen for this award. Mysore well known for its Grandeur and royalty of Indian heritage is now also known as the cleanest cities to the world. It is not a shocker to the city which is termed as second biggest in the state of Karnataka. The city, from inception had impressed and still impressing with its clean stature and pleasant atmosphere. Here are those reasons why and how Mysore is topping the list every year.

The foundation stone for the Mysore city is laid by Wodeyar dynasty 200 years ago. Wodeyars have seen the world and they have implemented much modern ideas at the time of its foundation only. The visionary kings have planned the city in such a way that it can handle the future population growth as well. They have started Vani Vilas Water works 150 years ago on the river of Cauvery, this shows their future thinking. They have also planned the paths across the cities and also allotted 900 acres for sewage management. This sewage in the vast land is still being used as fee to buffaloes and cows. 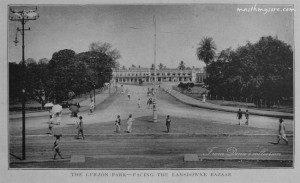 Unlike to many cities where the major market will be only one, Mysore has four major markets. It has made the people easy to access and also for the city corporation to manage the waste with proper terms. The movie theaters and parks are also decentralized and are in adequate numbers for the 15 lakh population of the city. 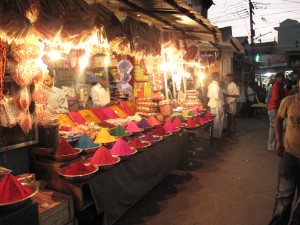 #3 Awareness in the Citizens

The NGO’s and municipal corporations took a keen interest in changing the people thinking and making them more conscious regarding cleanliness. The door to door garbage collection is a real good thing happening in the Mysore and people are so cultured that they don’t dispose the waste on roads. The roads and pavements are also litter free and a strong policing will be done to impose fines on such people who does so. There was some disturbance in the management due to the numerous eat stalls along the road side but it was taken immediate care and attention and those stalls were moved to the designated sites.

#4 Atleast it is the one of most favorite tourist destination.

Mysore will see a minimum number of 20 lakh Indian tourists and more than 1 lakh foreign tourists every year. The corporation earns a lot on tourism and eventually they are spending that money back to attract more tourists. The outsiders were also kept updated about the Mysore norms and motto on cleanliness. The corporation tells that the tourists will behave in a cultured way and respect the city’s norms. 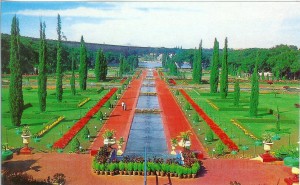 So these are some factors which made Mysore to stand on top in the list. However there are many other cities which are actually showing the difference with a mere determination, Vishakhapatnam being one among them. Hope we will see a cleaner and greener India very soon.