Rajesh Khanna got the fame of a ‘SUPERSTAR’ after giving a number of commercial hits to bollywood  during the time period of 1969 to 1974. Kishore Kumar, one of the legend playback singers of Indian cinema, was a closest friend of Rajesh Khanna. This duo has also claimed success professionally by contributing various superhit songs of their times which are still on the tongues of many people. Kishore Kumar eventually became the ‘official voice’ of Rajesh Khanna. Songs resulted with the efforts of this duo range comprises of many emotions which one can figure out after listening to them. 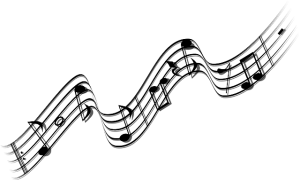 Old songs have their own essence and enigma. They have an aura that takes you to a time and place where you have not been before. They have the strength to relate with your emotions. The lyrics, the melody, the voice and the presentation of these songs force you to immerse yourelf in the emotions of the song. Such type of songs are sung by the melodious voice of Kishore Kumar and acted by the heartthrob of those times, Rajesh Khanna. So here are some of the ‘golden songs’ of this duo, after all, old is really gold.

One of the most famous songs of Rajesh Khanna sung by Kishore Da. This song is extremely popular among Kishore Da’s and Rajesh Khanna’s fans. This song belongs to the film ‘Aradhana’ directed by Shakti Samanta in 1969. Sharmila Tagore was casted opposite Rajesh Khanna. The music was composed by S.D. Burman.

This song belongs to the movie which is actually recognised for giving some popular songs to Hindi Cinema. The film is titled ‘Khamoshi’ directed by Asit Sen in 1969, starring Rajesh Khanna and Waheeda Rehman. The lyrics were composed by Gulzar. This song is one of the earliest popular songs acted by Khanna.

The 1973 movie ‘Daag’ directed by Yash Chopra gave origin to this superhit song. Rajesh Khanna was paired opposite two marvellous actresses Sharmila Tagore and Rakhee. Music of the movie was composed by Laxmikant Pyarelal.This is yet another one of the best song presented by the duo.

If we are talking about this duo, then this is one of the songs that definitely cannot be left behind. This song belongs to the movie ‘Kati Patang’ directed by Shakti Samanta, in 1970. Asha Parekh was paired opposite Khanna. Music was composed by R.D. Burman.